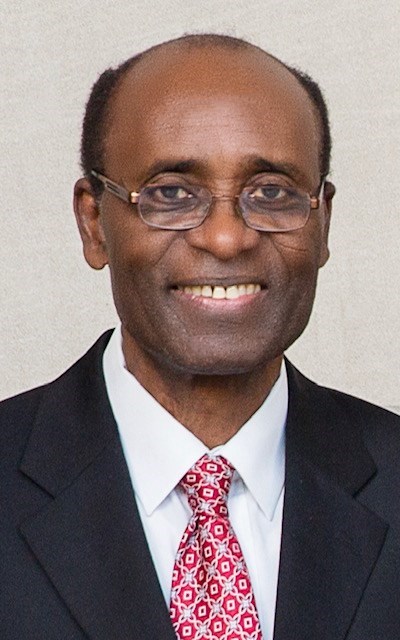 It is with heavy hearts and profound sadness that the Eghan family announces the passing and return to the Lord of our beloved Tony. Tony transitioned peacefully on March 19, 2022 surrounded by his loving family. Tony (Paul Anthony Kojo Nyamekye) Eghan was born on November 11, 1944 at Pedu, in the Central Region of Ghana. He attended elementary and middle school at Cape Coast Catholic Jubilee Boys' School where he later taught briefly after qualifying as a Certificate "A" teacher from St. Mary's Teacher Training College. From 1966 to 1968 he taught general science at the Cape Coast Elementary Schools Science Center. He entered Winneba Specialist Training College in August 1968 for a four-year Physical Education Diploma course. From 1971 to 1975, he studied (in Romanian) for his B.S. degree with double specialization in soccer and track and field coaching at the Institute of Physical Education and Sport (IEFS) in Bucharest on a Romanian Olympic Committee Award. On his return to Ghana, Tony was employed by the National Sports Council as a regional soccer coach (Northern Region). He obtained an advanced soccer coaching certificate in 1976, from DHFK, Leipzig, Germany. Later in the same year, he was appointed the national soccer coach in charge of Ghana’s national soccer team, the “Black Stars”, and was a winner of the 1978 Africa Cup of Nations held in Ghana. From 1978 to 1981 Tony taught soccer and theory of sports coaching and advised and supervised student teachers in the School of Physical Education at Winneba Specialist Training College. In August 1981, Tony obtained a Ghana Government award to pursue a Master of Science degree in physical education, with a specialization in motor behavior at Louisiana State University in Baton Rouge, Louisiana. He earned his M.S. degree in 1983, and his Ph.D, with the same specialization (with a minor in pedagogy) in 1988. Tony moved to Halifax, Nova Scotia in 1989. He was a professor in Acadia University’s School of Health and Physical Education for two years before teaching elementary at several schools in the Halifax Regional School Board for 15 years until his retirement. Tony also coached several school and community soccer teams at the youth and men’s levels. In 2012, Tony was inducted into the Nova Scotia Sport Hall of Fame as a part of the 2001 Canadian national champion, King of Donair men’s soccer club. As a community leader, Tony was an elder in the local African community and championed immigrant issues. He was a founding member and the first chairperson of the African Diasporic Association of the Maritimes (ADAM), an organization with a mandate to help immigrants with settlement and integration. In 2004 Tony was recognized by the Nova Scotia African Canadian Services Division for his contributions to the African-Canadian Immigrant Action Research Group. Tony was a skilled and generous gardener who took great joy in sharing his harvest with family, friends and neighbours. A faithful Catholic and a proud Ghanaian-Canadian, Tony will be remembered for his unlimited kindness, loyalty to family and friends, and unshakeable personal integrity. Tony is survived by his wife of 45 years, Felicia; children, Angelina, Raphael (Dina) and Elizabeth; and brothers, Ben, Mike, Augustin, Joe, John and Alex. He is predeceased by his parents, Joseph and Efua and sister, Cecilia. Tony and the Eghan family are forever grateful to the medical professionals, family and friends who provided support and compassion to Tony and the family during his battle with cancer and in his final days. Tony we love you and we wish you everlasting happiness and peace profound. Visitation will be held on Friday April 1, 2022 from 2-4pm and 6-8pm in J.A. Snow Funeral Home, 339 Lacewood Drive, Halifax, NS and a Mass of Christian Burial will be held on Saturday April 2, 2022 in Saint Benedict Catholic Church, 45 Radcliffe Dr, Halifax, NS at 11:00am. In lieu of flowers, the family requests donations be made to Nelson Whynder Elementary School (donations can be made at https://nwe.hrce.ca/, please scroll to the bottom of the page for the link) and/or the United African Canadian Women’s Association (electronic fund transfers can be sent to uacwainhalifax@gmail.com). Fond memories and expressions of sympathy may be shared at www.JASnowFuneralHome.com for the Eghan family.
See more See Less

In Memory of Tony Eghan