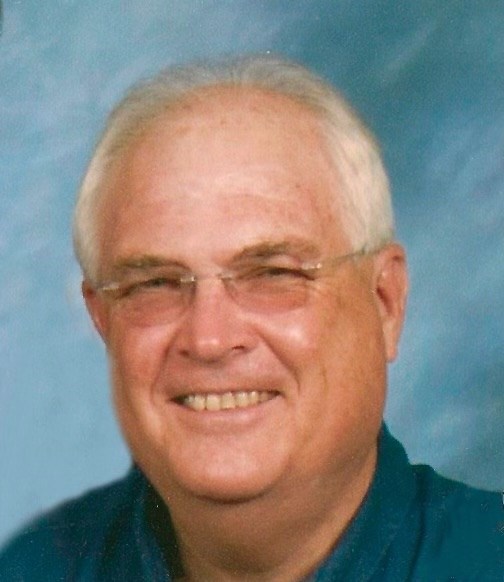 Jim Elkins, devoted husband, dad and Pops, was gently ushered into the arms of his Savior in the early morning hours of March 29, 2021. He was born on July 19, 1947 in Corpus Christi, Texas, the firstborn son of Novis and Kathryn Elkins. He grew up attending schools in Corpus Christi, graduating from W.B. Ray High School. He began playing baseball at a young age and developed a lifelong love for the game. He was active in his church youth group at First Baptist Corpus Christi and was an Eagle Scout. After graduating from high school, he went on to attend Baylor University where he was active in Student Government and a member of Baylor Chamber of Commerce. He graduated with a degree in Business Administration in 1969 and then attended Trinity University in San Antonio where he earned a Master’s Degree in Hospital Administration. While at Baylor, he met the love of his life, Kathy Underwood, and they were married in Waco, Texas, on August 31, 1968. They were married for 52 years. After completing his degree in 1971, he joined the United States Navy and served for three years at the National Naval Medical Center in Bethesda, Maryland as an administrative officer for the laboratory. During this time, sons Peter and Barry were born. Once his service was finished, the family returned to Texas where Jim began his career as a hospital administrator. He worked as a Vice President at John Peter Smith Hospital in Fort Worth, Hillcrest Baptist Hospital in Waco and then Valley Baptist Medical Center in Harlingen. After working 13 years for Valley Baptist, he went to work for the Texas Department of State Health Services. This required him to operate state hospitals in both Harlingen and San Antonio. In 1999, he moved to San Antonio to run the hospital there full-time, operating the Texas Center for Infectious Disease. He had a vision for the future treatment of tuberculosis and championed a new hospital for 15 long years until the construction of a new and unique facility was completed in 2010. He retired in 2016 and he and Kathy moved to Hamilton to be close to family. Above his professional accomplishments, Jim considered his faith in Jesus Christ and his devotion to his family as the most important things in his life. He and Kathy raised their sons to know and love the Lord and to serve Him in their church congregations. Jim was a faithful example of this by his own service as a Sunday School teacher of all ages, a deacon, a member of the church choir and a volunteer of his time and talents for numerous ministries. He was the biggest fan at many band concerts and soccer fields as Peter and Barry were growing up and that same devotion spilled over onto his grandchildren as “Pops” and “Meme” went to every event they were able together--whether that was a ceremony, a concert, a ballgame or a baptism for one of their 6 grandchildren. Everyone in his family knew they were loved and he will be dearly missed. A memorial service will be held on Monday, April 5, 2021 at 1:30 p.m. at First Baptist Church in Hamilton which a reception following. Jim was preceded in death by his parents, Novis and Kathryn Elkins, and his brother Tom Elkins. He is survived by wife, Kathy Underwood Elkins of Hamilton, son Peter Elkins his wife Allyson and their children Bradley, Laurel Ann and Brandt of Hamilton, son Barry Elkins his wife Tiffany and their children Collin, Cade and Molly Kate of Belton. Sister-in-law Carolyn Elkins of Towson, Maryland and sister-in-law Karen Underwood of Katy, Texas. In lieu of flowers, the family requests donations be made to First Baptist Church Hamilton Preschool Fund, 220 S Bell St, Hamilton, Texas 76531.
See more See Less

In Memory of James Novis Elkins