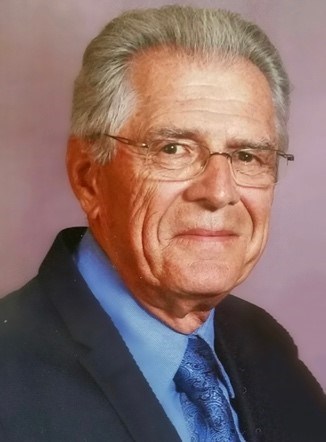 Don was born in Lima, Ohio to Clarence and Marie Downey (née Hirt) on May 17, 1941. Don moved to Indiana in his youth. There, Don graduated from Griffith High School in 1959. He then met his wife, Cheryl, in 1960. Three years later, the couple married and built a family.

A hard worker, Don put himself through college while working for IBM. He earned his B.S. in engineering from Purdue Calumet. He continued loyally working for IBM until he retired as a manager in the software division.

Don then embarked on a second career. He owned and managed a number of Subway restaurants. Don took great pride in his work, feeding the people of the greater Chicagoland area and employing thousands over nearly three decades.

Don was a devout Catholic, and served as a long-time usher at Our Lady of Grace. Don also volunteered as a troop leader and counselor for the Boy Scouts, giving back to the youth in his community. In his free time, Don enjoyed fishing, boating, golfing, traveling, and spending time with his many close friends.

Family: Don is survived by his loving wife of 58 years, Cheryl Lynn Downey (née Szoke), and their two children Michael Alan Downey and Michele Marie Lis. Don is also survived by his sister, Judy Barney, and his son-in-law, Rich Lis.

Friends and family may visit on Tuesday, November 30, 2021 from 3PM - 7PM at Kuiper Funeral Home - 9039 Kleinman Rd. Highland, IN 46322. A prayer service will begin at 5:30PM that evening. A Mass of Christian Burial will take place on Wednesday, December 1, 2021 at 10:30AM at Our Lady of Grace Parish - 3005 Highway Ave. Highland, IN 46322 with Rev. Brian Chadwick officiating. Burial to follow at Chapel Lawn Memorial Gardens Cemetery in Crown Point, IN.

In lieu of flowers, the family asks that you donate to the American Cancer Society in Don’s name at https://donate3.cancer.org/

Fond memories and expressions of sympathy may be shared at www.KuiperFH.com for the Downey family.