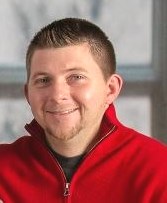 Our beloved son, father, husband and friend to many passed away on Saturday, June 1, in Nashville. Jarrod Michael Purcell was a gift to our family arriving on August 3, 1988. Entering the world six weeks earlier than his due date, we realized he was a fighter. We were able to bring him home within 4 days from the hospital and realized God had answered our prayers allowing us to raise this beautiful boy. Jarrod grew up in the Hixson area playing with neighbors and friends in the Big Ridge community. He was passionate about fishing, deer hunting, and turkey hunting. His favorite seasons were fall and winter, especially during white-tail deer season. Jarrod attended the Chattanooga School for the Arts and Science from K through 5th grade, later transferring to Chattanooga Christian School. After graduation, he attended Chattanooga State Community College for a brief time and then entered the IBEW Local Union 175 as an Electrical Apprentice, becoming a journeyman electrician. The loves of his life were his wife, Ashley Hall Purcell, and children, Addisyn Jewel, whom he affectionately referred to as “Addie” and son, Austin Maddux. Jarrod was of the Christian faith growing up in Red Bank Baptist Church. There he participated in Vacation Bible School and youth programs. As a child, he loved to draw, write and play guitar. Jarrod found beauty in the simple things in life and in nature. Survivors include his wife Ashley Hall Purcell, daughter Addisyn Jewel Purcell, son Austin Maddux Purcell, parents, Mike and Brenda Purcell, and brother Ross Patrick Purcell. Surviving grandparents are Arthur and Bettie Purcell, and Jim and Carolyn Beam. Extended family include his special uncle and hunting buddy Doug Beam (Karen), Steve Purcell (Marcy), aunt Teresa Wade; cousins Zac Beam (Tiffany), Lacey Beam Brown (Hunter), Dillon Wade, Rachel Wade, Emily Purcell and Maddie Purcell; great aunt and uncle Cathy and Mickey Guinn of Scottsboro; and great-great aunts Patricia Wade, Marcella Crawford and Betty Moore of Alabama; parents-in-law, Dewayne and Glenda Hall; sister-in-law, Emily Hall; mamaw, Gloria Beattie; nana, Carolyn Hall. He left behind a host of second- and third-cousins. A college fund is being set up for his children. Please mail gifts to: Regions Bank, 1965 Northpoint Boulevard, Hixson, TN 37343. Additionally, the family requests that memorial gifts be made to Hixson United Methodist Church, Community Outreach in memory of Jarrod. The family gives special thanks to Jim Lewis, Scott Berry, Leslie Murphey, Gloria Deml, Dr. Danielle Mitchell and Dr. Josh Smith. A visitation will be held on Tuesday, June 4, 2019 from 12 pm to 2 pm at Burke’s United Methodist Church with a Celebration of Life Service following immediately at 2 pm with Pastor Tony Collins and Pastor Tavner Smith officiating. Burial to follow at Hamilton Memorial Gardens Arrangements are held by the North Chapel of Chattanooga Funeral Home, Crematory and Florist, 5401 Highway 153, Hixson, TN 37343.
See more See Less

In Memory of Jarrod Michael Purcell