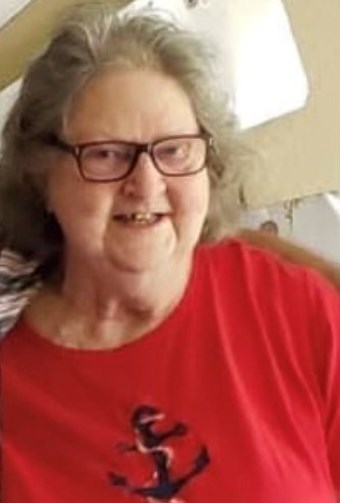 Minnie Estelle Reed, 75, of Humble, Texas, passed January 13, 2022 Estelle was born to Brady Cecil Wampler Sr. and Ruth Estelle Gillentine Wampler, June 21, 1946, in Lubbock, Texas. She graduated from Rule High School in 1964 and attended Abilene Christian College. She married Derrill Lee Berglan in 1965, and they lived together in several cities in Texas. Born to them were two children whom she raised alone following their divorce in 1973. She married twice more, divorced both, and always talked about changing her name back to Berglan. She is survived by her son, Danny Berglan; his three sons, David Berglan, Dillon Berglan, Dustin Berglan, and daughter, Taylor Berglan, and Estelle's second son, Darren Berglan; his son, Dalton Berglan; daughter, Kendal Berglan; step-son, Justin Bankston; and step-daughter, Chelsea Bankston. She also leaves to cherish her memory her brother, Brady Cecil Wampler Jr.; his sons, Nolan Wampler, Chris Wampler and Charles Wampler; also sister-in-law, Nettie Wampler; her two sons, Larson Wampler and Carl Wampler. She was preceded in death by Brady Wampler Sr.; father, Ruth Wampler; mother, Howard Wampler; brother and the father of her two children, Derrill Berglan. Estelle worked as a head of personnel department for Nabisco until she retired. She enjoyed quilting and sewing, loved baking and collected salt and pepper shakers from all over the country and loved arts and crafts. She was also actively involved in the church until her health would no longer allow it. A graveside ceremony is scheduled for January 29, 2022, 10:00 am at Forest Park Lawndale. The family would like to thank close family friend Marvin Watson who will officiate the ceremony.
See more See Less

In Memory of Minnie Estelle Reed