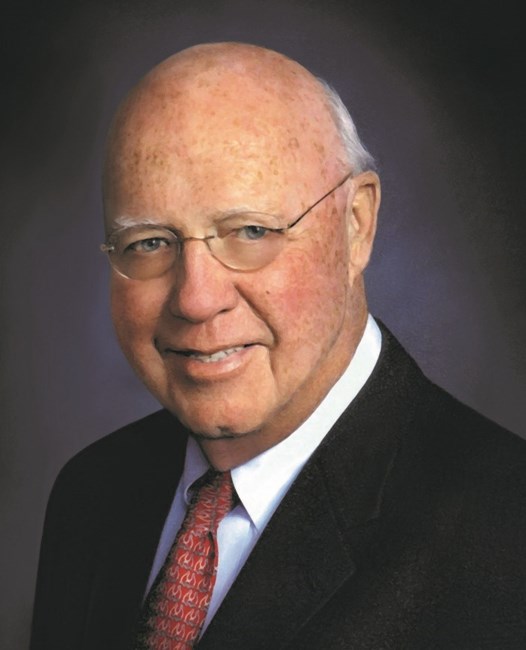 James Aloysius Crossin passed away September 25, 2022. Jim was born on August 22, 1938, in Kenosha, Wisconsin to Edward James and Natalie (Fonk) Crossin. As a boy and young man Jim spent much of the summer months at the family cottage on Powers Lake. Jim excelled at competitive sailing on Powers Lake, much of the time under the watchful eye of his father. This led to him towing his beloved C-scow, the Double Cross, all over the state of Wisconsin to compete in various regattas. His competitors always said that Jim could find wind where no one else knew to look. A graduate of Mary D. Bradford High School, as a junior and senior, he anchored the offensive and defensive lines on back-to-back State Championship Football teams. Jim was named First Team All-State. Jim graduated summa cum laude from the University of Notre Dame in 1960. As a Notre Dame student Jim’s finest accomplishment was meeting the love of his life, Marybeth McGowan. This was the beginning of a 65-year love story that seems too good to be true. Jim continued his education at Marquette University School of Medicine in Milwaukee, Wisconsin. While attending medical school, Jim and Marybeth were married and blessed with two children. Upon graduation, the young family moved to Indianapolis where Jim began his general surgery residency at Methodist Hospital. Over the years, their family grew as they were blessed with three more children. Jim was a devoted husband to Marybeth for 61 years and a model of a loving and faith-filled family man to his children. His Catholic faith was who he was and served as his guide, and he passed that on to his family. He always made time for his children and grandchildren and their sporting events and activities. Jim coached baseball and football and served as the Brebeuf Jesuit Football team doctor for eight years. He attended countless football, baseball, tennis, volleyball, basketball, lacrosse, cross country, and soccer competitions and artistic performances and school programs even up to his final month. Family, faith, and being present to the people he loved were Jim’s greatest joys in life. Jim loved Methodist Hospital and was so proud of the care it delivered. In his 50-year career as a general surgeon, Jim cared for thousands of patients and was a friend and colleague to doctors, nurses, technicians, orderlies, and many others throughout the hospital. His children loved to hear from his colleagues that he was known to be kind and patient with everyone he met. For Jim, being a surgeon was a calling rather than a career. He lived his life in service to others. Jim served as Chief of Surgery and Chair of the Credentials Committee at Methodist Hospital. Jim was elected and served as President of the Indiana Chapter of the American College of Surgeons. He loved performing surgery and caring for his patients, and he was dedicated to teaching and mentoring the surgical residents. This devotion to the resident education program led to him being honored with the Distinguished Teacher Award. Jim is survived by his wife Marybeth McGowan Crossin, his children James (Stephanie) Crossin, Colleen (Jude) Bill, Patrick (Heather) Crossin, Peggy (Michael) Poole and Katie (Michael) Coogan; his grandchildren James and Catherine Crossin; Martha, Maggie and Jude Bill; Robert, Joseph, Lucy and Thomas Crossin; Emily and Megan Poole; Mickey, Charlie and Billy Coogan; his sister Carol Whitley and many nieces and nephews. He was preceded in death by his parents and his sisters Cathleen Gross and Mary Leitch. You are invited to visit the website www.leppertmortuary.com to share a personal memory or make a charitable donation in Jim’s name to Saint Luke Catholic Church or Brebeuf Jesuit Preparatory School. Mass of Christian Burial will be celebrated on Friday September 30, 2022 at 11:30 am with family and friends gathering from 9:30 all at St. Luke Catholic Church.
See more See Less

In Memory of James Aloysius Crossin