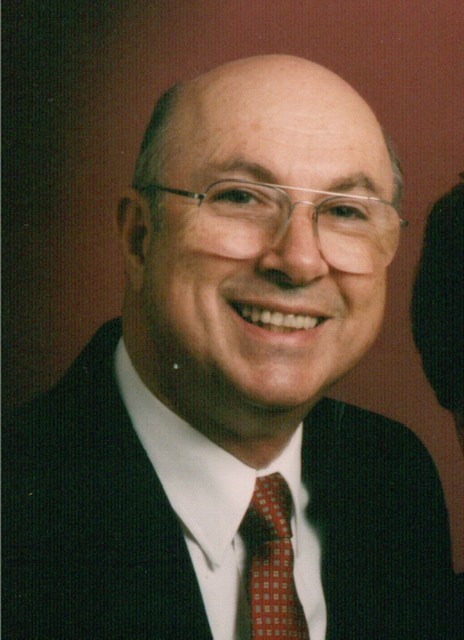 Born in Maplewood, Mo., on Nov. 15, 1926, the Reverend Dr. William J. Helm passed away at the age of 94 on March 31, 2021 at Hoosier Village Retirement Center where he his wife have lived since 2001. He was a graduate of Rochester High School in Rochester, Michigan and began his secondary education at Moody Bible Institute in Chicago, Ill., continued at Dubuque University in Iowa where he obtained his bachelor’s degree while beginning his pastoring life with his wife at Cuba City, Wisconsin, where they welcomed a daughter. Moving on, he went to pastor the Cannelton First Baptist Church in southern Indiana while obtaining a Master of Divinity degree from Southern Baptist Theological Seminary in Louisville, Kentucky, and welcomed 2 sons before moving to Indianapolis, Indiana where he was an associate minister at First Baptist Church. He obtained a second Master’s degree at Butler University in Indianapolis, Indiana. He planted the Church of the Master, an American Baptist Church, on the west side of Indianapolis. He subsequently joined the staff of the Indiana Baptist Convention in Indianapolis and for 32 years served in various capacities as Editor of the Baptist Observer, an Area Minister, Director of New Church Development and Associate Executive Minister--altogether 70 years as a servant leader for God’s kingdom. He also received an Honorary Doctorate from Franklin College. He was blessed with a kind and gentle spirit always apparent as he served his fellow man through Christ. He had such a curious mind and was interested in so many things. He was a scholar, cared deeply for people, especially those in need, a great encourager, making him a great pastor for many American Baptist congregations in Indiana. He was a wonderful husband, father, grandpa, and a beloved friend to many, a solid rock with a huge heart. He will be greatly missed by his family and appreciated by those whose lives he touched. He was predeceased by his parents, Claude and Callie Helm, and son Daniel Helm. He is survived by his wife, Kathlene (Kathy) of 72 years, daughter, Claudia Helm Hooge and husband John Hooge, son David Helm and wife Nanette Pritchard Helm. He had 5 grandchildren and 10 great grandchildren. All of them are very grateful for this man’s life and are full of love for his example of a life well-lived. A memorial service will be held at a later date. Memorial contributions may be made to First Baptist Church of Indianapolis.
See more See Less

In Memory of William J. Helm