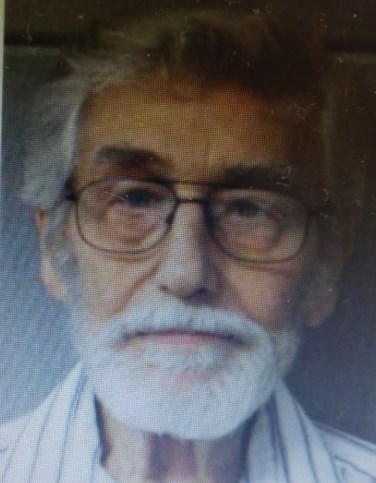 John Robert Hoffman, age 92 was born in Elizabeth, NJ on January 26, 1930 to John J. Hoffman and Susan Kosch. He passed away on May 6, 2022 in Jacksonville, FL. John married Clair M. Lair on September 27, 1947; two sons and two daughters were added to their family. John proudly served in the US Navy as an airman [paddles]. For nearly 30 years John worked at Western Auto as an appliance repairman until their closing. In his free time, he enjoyed daily journaling and Bible reading. He loved crossword puzzles, Sudoku, jigsaw puzzles and good action movies. A close game in football, basketball or baseball was always enjoyed. A fisherman, John once caught a sailfish which made his day even brighter. A compassionate soul, he especially felt compassion for children with illnesses as well as animals and veterans [comrades] he served with. He was a member of the Church of Christ. If John were to say “thank you” it would be to those who served in the military as well as those who help others through an illness – either monetarily or by skill. He felt very strongly that veterans deserved our compassion, and supported various veteran charities throughout his life. A military salute – either from a comrade soldier or a sincere salute would touch him deeply. John was preceded in death by his parents, John and Susan Hoffman and also his son, Michael J. Hoffman. He leaves to cherish his memory, wife Clair M. Hoffman, son Robert John Hoffman, daughters Susan Hoffman Patrick and Dianne Hoffman; his sister Marge Duryee, grandson Daniel Patrick and great-grandchildren Ashlyn Patrick, Ariel Patrick and Micah Patrick. A graveside service for John will be held Tuesday, May 24, 2022 from 1:00 PM to 1:30 PM at Jacksonville National Cemetery, 4083 Lannie Road, Jacksonville, FL 32218. Fond memories and expressions of sympathy may be shared at www.hgriversidefuneralhome.com for the Hoffman family.
See more See Less

In Memory of John Hoffman