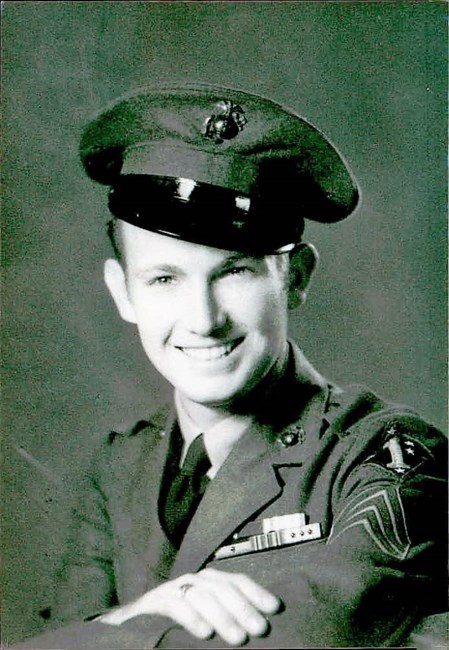 COLONEL OLIVER JOHN BUTLER, JR. died on December 30, 2021 at age 94. He had resided in Arizona since his retirement as a Federal Arbitrator Judge in February 2012 but had previously resided in Texas since 1959 (in Houston and Brownsville & Humble). He was a retired Colonel of Infantry in the U.S. Army Reserve and was a veteran of active military service in both World War II (1942-1946) and the Korean War (1951-1953). And, as a Reservist, he served as Commandant of an NCO Academy during the Viet Nam War (1967-1969). During World War II, he lied about his age and enlisted at the age 15 and was thereafter wounded in action and decorated for heroism while serving in an Infantry Company of the 1st Marine Division in combat against the Japanese. Having been commissioned as an Officer in the U.S. Army Reserve after World War II, he returned to active duty as an Army Officer during the Korean War and served both as an Infantryman and as a Judge Advocate. He was born at Memphis, Tennessee on June 13, 1927 and was a graduate of Humes High School at Memphis. He was also a graduate of Arkansas State College, of the University Of Arkansas School Of Law, of the U.S. Army Command and General Staff College, and of the U.S. Army War College. He was licensed as an Attorney in Texas and Arkansas and Oklahoma and was Board Certified as a Specialist in Labor and Employment Law. His legal career commenced in 1951 with private law practice at Fayetteville, Arkansas and (in addition to this above-noted military service) thereafter included government service ( as Chief Trial Attorney for the U.S. Department of Justice at Washington, D.C. and as Assistant Regional Attorney for the National Labor Relations Board at New Orleans, Louisiana), corporate employment (as Chief Labor Attorney and as Assistant General Counsel for Texaco Inc. At Houston, Texas), private law practice (at Houston, Teas and Brownsville, Texas), and service as a Federal Arbitrator Judge in Texas from 1994 until his retirement in 2012. He was preceded in death by his beloved wife (Betty Marie Butler), by his parents (Oliver John Butler and Arlene Lovelace Butler of Memphis, Tennessee), and by his younger brother (Robert Raymond Butler of Memphis, Tennessee). He is survived by his two children (Richard Allen Butler [&wife Carol] of Louisville, Kentucky and Cherry Lee Carroll [ & husband Bruce] of Show Low, Arizona), by his four step-children (John Eugene Mincks [ & wife Myrna] of Arizona and Pamela Ann Litttrell [ & husband Scott] of Waco, Teas and Marc Denis Mincks [ & wife Kyle] of Damon, Texas and Jay Evans Mincks [ & wife Sally] of Kingwood, Texas), by his two “adopted” children (Colonel Larry Bassett [ & wife Kathy] of San Antonio, Texas and Cristina DeFranceschi [ & husband Ivo) of Boca Raton, Florida), and by eleven grandchildren and step-grandchildren.
See more See Less