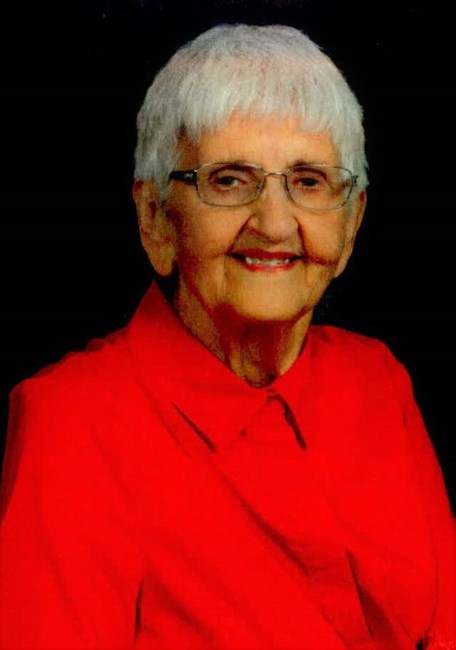 Virginia “Virgie” Lee Ermis Harper 8/7/1927- 11/12/2021 Virgie passed away peacefully at Rosemont Assisted Living after a brief illness. Born in Shiner, Texas, Virgie lived most of her life in Beaumont, Texas. She was preceded in death by her parents Agnes and Ladimer Ermis, husband of 65-years Henry Harper and youngest son Wayne Lee Harper. She is survived by her brother James Ermis, daughter Linda Ellis and son and daughter-in-law Purvis and Lynn Harper; grandchildren Eric Wayne Ellis, Petria Christine Ellis, Shannon Harper Boyer (husband Danny Boyer), Lauren Harper Lorensen (husband Adam Lorensen), Blake Allen Harper (wife Ashley Harper); great-grandchildren Brayden Boyer, Trystan Boyer, Kameryn Boyer, Virginia Harper, Hannah Lorensen, Olivia Lorensen and Ruby Harper, nieces, nephews and many friends she considered family. For many years, Virgie and her late husband Henry, were members at McCabe-Robert’s United Methodist Church and Wesley United Methodist Church in Beaumont. In addition to being actively involved with her children and their many activities, Virgie was active in United Methodist Women, was a board member at Sabine Oaks Assisted Living, and volunteered at Some Other Place where they assisted families and children in need with clothing and supplies. In their autumn years, Virgie and Henry enjoyed traveling and spending time with their grandchildren and great-grandchildren. After relocating to Kingwood ten-years ago, to be near their children and grandchildren, they joined Kingwood United Methodist Church. Virgie was a member of the Seekers Sunday School class, the Thursday Women’s Bible study, KUMC’s Emmaus and Kairos communities and volunteered at Society of St. Stephen into her early nineties. Virgie lived a life exemplified by her faith in Christ and love of family. To honor her Czech heritage and servant’s heart, the family requests that in lieu of flowers donations be made to the Czech Center Museum of Houston {4920 San Jacinto St., Houston, TX 77004) or Society of St. Stephen (PO Box 6989, Kingwood, TX. 77325).
See more See Less