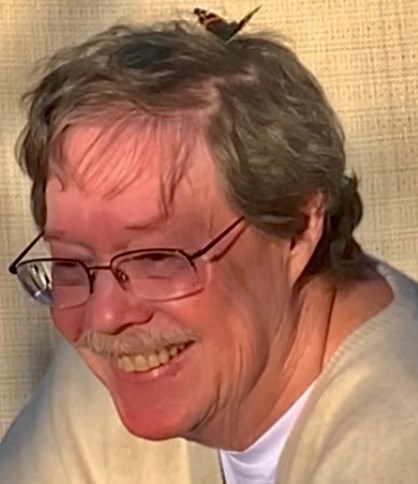 Mark Harig Houston, 78, was born in 1944, while his father was serving in the Air Force during World War II. He passed away July 30, 2022 at home, following a two-year battle with pancreatic cancer. At all times, he handled his illness with grace, class, and a sharp sense of humor. Mark is survived by his beloved wife of 55 years, Eileen, daughter Michele Houston Rocchio (David) of Atlanta, daughter Juliet Houston Foster (Ryan) of Austin, sisters Linda Johnson (Paul), Maryann Bott (Phil), Delaney Sturgeon (Jim), and Brian Houston (Nancy). He is also survived by five adored grandchildren: Cole, Isabella, Lila, Sasha, and Gavin. His beagle, Abby, would feel slighted if she was omitted. He attended Cornell University in New York, and graduated with a B.S. in physics. He then completed an M.S. in oceanography at Johns Hopkins University in Baltimore. Finally he received a Ph.D. in marine geophysics from Rice University in Houston. While in Baltimore, he met a blonde co-ed at a neighboring school; he thought she was a great listener and they were married nine months later. They spent 55 years in love, raising a family, working, and traveling. Mark spent several years as a postdoctoral fellow at the Marine Science Institute in Galveston. In 1979, he accepted a managerial position with Western Geophysical, an oil services company, in London. The family spent five wonderful years in London, enjoying everything about living overseas and traveling frequently. Eventually, they returned to Houston, spent five years in Seattle, and went back to Houston, as Mark spent his career in the oil business and geophysics. The couple traveled with an adventurous spirit throughout their lives together, visiting all seven continents with children, grandchildren, and friends. Mark enjoyed family ski trips, was the first on the slopes in the morning, and always skied until the lifts closed. One of his favorite later life activities was spending long afternoons with friends outside at various hill country wineries. After some years of consulting from Austin, Mark finally retired and joined the SAGE group of the University of Texas OLLI program. He had a passion for exploring current events and lead seminars that sparked animated discussions of current events. Mark was on several SAGE committees, and he and Eileen made many friends who have supported them through his illness. For most of his life, Mark enjoyed golf, although he could never convince Eileen that the green was the best place to be for five hours on any given Saturday. If someone was looking for him at any given holiday or family meal, he was often out by the grill, spatula in hand, pointing out exactly how he got his brisket/chicken/steak the perfect shade of brown with charred edges. Mark was the photographer in residence at all family, social and travel events, and in his later years, he developed a passion for photography as art with an exhibition of photographs from Antarctica and other travels. On holidays, he handled with equal amounts of speed and patience the responsibility of trying to set up the perfect timed photo with twenty moving people. The outtakes were even better than the intended formalized portraits. Mark was a connoisseur of “Dad” jokes, quick-draw artist of birthday comics for the kids, holder of a keen wit, deep thinker, and protector. Above all, he held the love story and marriage with his wife, Eileen. He loved having grandchildren and seeing his family grow. He often said that his greatest pride was his family, and found great joy in seeing the legacy they would leave. The family received some invaluable lessons from Mark’s insightfulness and example. He showed Eileen she would always be cherished and cared for, he taught his children to be strong and steady, and he let his grandchildren know they could get away with a lot more than he let his children get away with. He welcomed and loved his sons in law as though they were his own. The family is planning a funeral mass on October 20th at St. John Neumann Catholic Church in Westlake Hills, more details to come. A celebration of life is planned for the same weekend. In lieu of flowers, the family has requested that any donations desired be made to Hospice Austin. The family is grateful for the warm friendships and deep support of friends, as well as the physicians and staff at Texas Oncology and M.D. Anderson Cancer Center.
See more See Less

In Memory of Mark Harig Houston