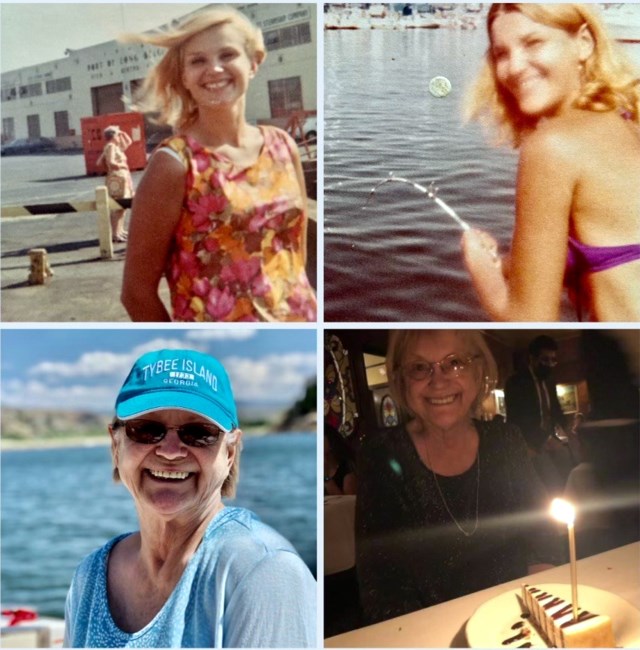 Carol Ann (Chase) Loncar Batey, 76, of Las Vegas Nevada, passed away Thursday, September 29, 2022, with her daughters by her side. Carol was born August 27, 1946, in Chicago, Illinois, to Walter Bruno Chase and Helen Lucas Chase. Carol attended Maria High School where she excelled both academically and athletically. After graduating in 1964, she enrolled at Southwest College in Chicago, Illinois (Biology). She then moved to Idaho Falls, Idaho and married Kenneth Edward Loncar who was serving in the U.S. Navy. Carol supported Ken as he attended Nuclear Power School and they started their family. As a family they served our country for 8 years in the submarine service during the Vietnam War. After being stationed in many parts across the country, in 1972 they decided to settle in San Diego, California. Carol then attended Grossmont College part-time, working towards her Education degree. In 1977, Carol decided to reenter the workforce. She initially worked as a clerk for San Diego Bureau Systems and then in sales for Sears Roebuck and Company and Montgomery Ward. Her long term career objective was to work as a civil service employee; she took the state job examination and in 1979 was hired by State of California as a Toll Collector for San Diego/ Coronado Bay Bridge. Broadening her career, in 1980 she was hired by CALTRANS (California Department of Transportation, District 11) in San Diego and was accepted into a three year rotational program as a Junior Engineer Technician. The program encompassed yearly assignments in traffic operations, highway and bridge field surveying, and material testing. This was quite an accomplishment given the few number of women in the transportation industry at that time. She also re-enrolled in college, focused on engineering studies. After completion of the rotation program, her successful career continued as a Transportation Engineer Technician in Construction. In September of 1987 she was promoted to Assistant Transportation Engineer and later promoted to Transportation Engineer (Civil). Some of her assignments and projects included: District 11 Design Squad, North State Route 125 Construction (I-8 to SR 94), Privatization for State Route 125 South Toll Road, and three pavement rehabilitation projects on State Route 76 as Principal Inspector. She was known for her competence, judgement, maturity, public relations skills, thorough and accurate documentation/records, and commitment to compliance and safety. Carol retired from CALTRANS in 1998 as a trail blazer for women in the transportation industry. Carol was a fun loving, creative, beautiful soul and created many treasured memories for her children: boating on the weekends, fishing, camping, drives to the coast, desert and mountains… there was always something to see and do together. People remembered her and her smile wherever she went- she was an immediate friend and someone with to share a good laugh. Her wit and humor were unforgettable. She loved spending time with her children and their friends. She was affectionately known as “Doodie”, short for her nickname “Mommy Doodie Boodie”. She was quick to cook up a pot of mostaccioli or kielbasa with potatoes to feed all the kids that loved being at her welcoming home. Many of her children’s friends considered her their “bonus” mom. Carol had many friends- in particular in her later years, best friends, Bob and Mary Jo McCartney. Carol grew up enjoying rock and roll music, especially Elvis Presley, and 80’s music. She also loved attending concerts, writing poetry, cheering on her son at Grossmont High School and Stanford University football games, watching Jeopardy, and winning jackpots in the casino. As an accomplished home-cook, she perfected many recipes and passed them down over the years. Dining at restaurants like Golden Steer and Hugo’s Cellar were always on her schedule. She relished the event of reading the newspaper everyday and could finish a crossword puzzle in the blink of an eye, a wordsmith if you will. While working at CALTRANS she met and then married Greg Wilson Batey in 1991, a retired U.S. Navy Submarine Chief; they spent 24 wonderful and adventurous years together and moved from San Diego to Las Vegas, Nevada to spend their retirement. Carol and Greg spent a lot of time traveling, especially to Veteran’s reunions and gatherings. They were always attending concerts and you might run into them at an American Legion or VFW laughing and catching up with friends. Cruising and camping on their pontoon boat, “Follow the Sun”, was a favorite pastime on Lake Meade and up and down the Colorado River. They were an integral part of an annual “River Riot“ with family and countless friends throughout the years. She will be deeply missed by her family, friends and all who knew her. Carol was preceded in death by her parents, her husband Greg and son Kenneth Christopher Loncar. She is survived by her brother, Raymond (Marie) Chase; her children, Laura Elizabeth Loncar and Gina (David) Loncar Hancock; her stepchildren, Michael (Lisa Marie) Batey, Kim (Ted) Smith and 6 step-grandchildren. Carol was a very devoted mother and was very much adored and cherished by her family and friends. Services have been scheduled at the Southern Nevada Veterans Memorial Cemetery in Boulder City, Nevada; Friday afternoon 12:40pm on January 20, 2023. For additional details please contact lloncar74114@gmail.com. Fond memories and expressions of sympathy may be shared at www.palmcheyenne.com for the Loncar Batey family.
See more See Less