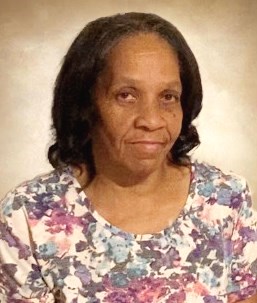 Catherine Gertrude Caesar, age 66, passed away peacefully in Phoenix, Arizona on November 14th, 2021. She was surrounded by her loving daughter and son-in-law, Angela and Edwin, and four of their children.

Cathy was born on November 4, 1955 to the late Richard Eugene Caesar, Sr. and Virginia Elizabeth Caesar. Cathy was a special baby girl from birth. She graduated from North 13th Street Girl’s Vocational High School in June of 1974. Cathy worked at the Newark International Airport for several years.

Cathy volunteered at several daycares and schools throughout the Newark community. Even when the doctors told her she could not or would not be able to do certain things, Cathy would prove them wrong and complete any task that she set out to do. Cathy gave birth to seven healthy beautiful children, and she also had a bonus child that she helped to raise, her nephew Al-Kyon.

Cathy, known fondly by friends and family as Nana, was a loving mother and wife. She married Roy Eddie Reid in March of 1990, and the couple had seven children together. She loved playing Bingo and Tonk, and her family and friends will always remember her as caring and kind, but she didn’t take mess from anyone. If she gave you “that look,” you knew it was time to shut the heck up.

Fond memories and expressions of sympathy may be shared at www.palmdowntownmortuary.com for the Caesar family.

In Memory of Catherine G. Caesar