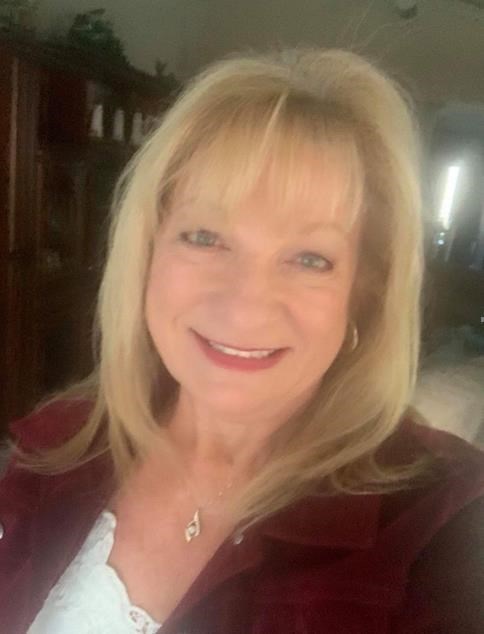 Bonnie Slaughter Zamaitis, 68, of Little River, SC passed away on Saturday, September 24, 2022 after a courageous cancer battle. Her final days were spent at home surrounded by loving family and friends. Bonnie was born in South Boston, VA on April 30, 1954. After graduating from Parkdale High School in Riverdale, MD in 1972, Bonnie went to work for the Federal Government. First working for NASA, Bonnie was assigned to project Comet Kohoutek, “the comet of the century.” On November 5, 1977, Bonnie married Edward (Ed) Zamaitis. They welcomed a daughter, Michelle, in 1981 and relocated to Mechanicsville, MD in 1983. Bonnie chose to open a home daycare business so that she could be home with Michelle. She welcomed another daughter, Jennifer, in 1986 who passed away at 4 months of age due to complications from Spinal Muscular Atrophy. In 1997, Bonnie decided to return to the Federal Government, first at the Census Bureau and eventually relocating to NAS Pax River. Always an incredibly hard and dedicated worker, Bonnie set high expectations for herself and worked diligently to accomplish her goals. In 2014, Bonnie retired from the Federal Government as a GS-13 Management Analyst. Throughout her career in the government and working at home, Bonnie made many lifelong friends due to her warm, welcoming personality. Her gorgeous smile and beautiful, blue-green eyes could light up a room. She was loved by nearly everyone she met. Two of Bonnie’s greatest loves were her family and the ocean. In 2011, Bonnie bought her first “beach house” in Myrtle Beach, SC, and brought to fruition one of her lifelong dreams. Following her retirement, she spent as much time at the beach as she could making memories with friends and family. Sitting in the sun listening to the ocean and walking along the beach collecting seashells were some of her favorite pastimes. Bonnie had an incredible impact on those who knew her. She was cherished and admired by her family and friends. Bonnie will be dearly missed and held forever in our hearts. Bonnie is survived by her husband, Ed Zamaitis of Mechanicsville, MD, daughter, Michelle Sultage and grandsons, Hunter and Bryce, of Mechanicsville, MD, brother, James Slaughter, III of Chatham, VA, sister, Amanda Vazquez of Texas City, Tx, aunt, Joyce Shelton (Donald) of Gretna, VA, a cherished niece, Ashley Alhambra (Cito) of Lusby, MD, several cousins, nieces, and nephews, and many special friends. She was preceded in death by her father, James Slaughter, Jr., mother, Violet Maxfield, step-father, Kennie Maxfield, daughter, Jennifer Zamaitis, son-in-law, George Sultage, Jr., and brother, Robert Slaughter. A celebration of life will be held at later date with details forthcoming. Memorial contributions may be made to Crescent Hospice or to a charity of your choice. Fond memories and expressions of sympathy may be shared at www.leefhandcrematory.com for the Zamaitis family.
See more See Less