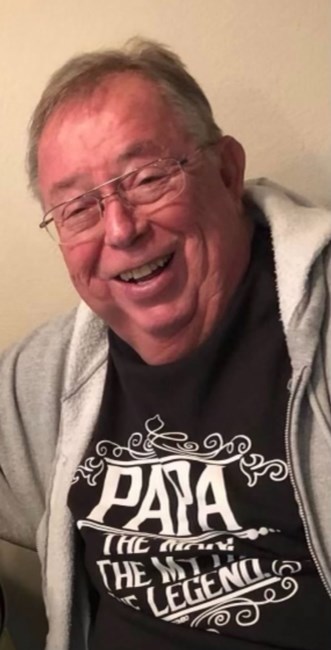 Richard Conrad Beck was born on January 28, 1943 in Greeley Colorado, to Conrad Beck and Lydia Weber Beck. Richard was born during the second world war which shaped an entire generation and how they lived their lives. He was raised by his Mom and Grandmother after his dad died when he was 5 years old. His grandma would only speak German which is how he learned to speak the language. He started working at a very young age delivering papers to help out with the household. He along with friends would watch produce trucks drive by and when they hit a bump it would cause food to fall out. They would rush out in the street to pick up the food and take it home. Richard graduated from Greeley High School in 1961. Richard was a Veteran of the Nation Guard. He married Jaqueline Beck on November 28, 2001. Richard moved to Longmont in 1973 from Boulder, Colorado. Richard worked at IBM for over 30 years, then followed that with a second career at Seagate for 6 years. He fully retired from work in 2007. He held various positions throughout his career. Richard was baptized and raised Lutheran but was not currently active with any church. He loved water skiing and playing softball throughout his life. He also loved being a coach for his two sons in any sport they participated in. In his later years his special interests was his grandchildren. They were the light that always made him smile the biggest. Richard is survived by his wife Jaqueline Beck, two sons, Troy Beck and Ryan Beck. He is also survived by his grandchildren; Conrad Beck, Caleb Beck, Samantha Beck, Alex Maciltrot, Reese Maciltrot, Bryce Blair, Justine Blair. A celebration of life for Richard will be held Thursday, September 22, 2022 at 10:00 AM at Ahlberg Funeral Chapel, 326 Terry Street, Colorado 80501.
See more See Less

In Memory of Richard C. Beck