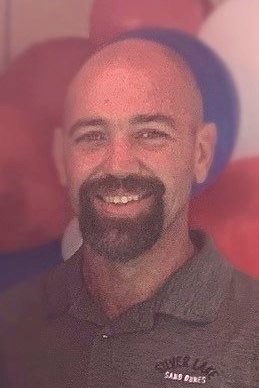 Robert Alan Coats was born in this life on April 20, 1977 to Catherine and Alan Coats in Lansing, MI. He went on to find his dreams of which he did most of. He married Sara in 1997 and went on to have two wonderful sons, Cody and Christian, who were his pride and joy. He was a great father, so lived his life with them showing them what it meant to become a man and so they became good men. His parents could not have asked for a more loving father, giving, caring and loving son, brother and great uncle. His love of racing and going fast was paramount to him along with the love of his dogs. He holds the record for the fastest quarter mile in the family. He was a Heavy Machine Operator for Eagle Excavation & Construction until he could no longer do it. He had done many different types of work which gave him a wealth of knowledge in many areas. His work and work ethic were beyond reproach. Robert was preceded in death by his nephew, Brendan Brown. The family that will miss him greatly are his sons, Cody (Therese) and Christian (Becca); his parents, Alan and Catherine Coats; his two sisters and their families, Rachel (Jim) Loucks, Timothy, Tiffany (Rodney) Rodriguez, Trevor, Abigale and Chad (Brooke); his four-legged fur friends, Rusty, Remi, and Ruger. He will be missed more than can be put into words.
See more See Less

In Memory of Robert Alan Coats