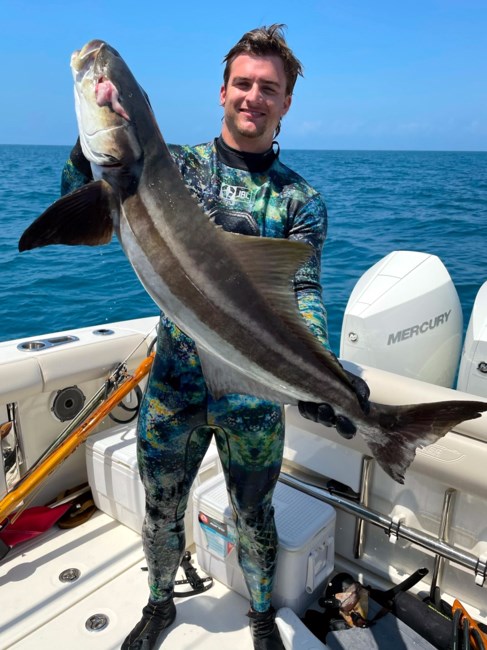 Alec Michael Pearson, 26, was born June 5, 1995 in Naples, Florida and died on March 29th, 2022 in a morning diving accident in the Gulf outside of Naples. He was unbelievably accomplished in his short lifetime. He graduated from the Community School of Naples as a National Merit Scholar, Captain of the Lacrosse team, and graduate of the Youth Leadership Collier Program and later the Associate Leadership Collier Program. He was a “double Gator” obtaining both his undergraduate degree in finance and his juris doctorate degree from the University of Florida, and was the treasurer and a member of the πKA fraternity. After passing the Florida Bar exam during the pandemic, he practiced law with his father at Grant Fridkin Pearson. After a year and a half of practicing law, Alec made the brave decision to change course and pursue his true passions in life which were conservation and environmental causes, and his music. He sacrificed the certainty and stability of his law practice that he was so good at for the chance of finding happiness and fulfillment through pursuing other interests that were meaningful to him to make an impact. Alec was brave and fearless, but humble and with unmatched authenticity and undeniable integrity, as well as passionate and compassionate. He loved his family and friends deeply and they loved him just as deeply. He refused to live an ordinary life and he lived his life his way, unapologetically. He searched for ways to express his ideas, his creativity and his knowledge (mostly self-taught) with such ambition that it is as if he knew that he had less time to fit a full life into. He strived to master his passions and share them with the ones he loved. He worked tirelessly and relentlessly to make the world a better place. He was so well read and well rounded. His pictures and journals that he kept all his adult life tell a story of a true outdoorsman who loved God and his family above all else. He also wrote about all he learned from his very best friends, his brothers. His writings, his music and his conservation work will remain as a legacy of him and provide a glimpse of the fine man that Alec was. Alec was a man of God. He was baptized and accepted Jesus Christ into his heart. He understood the value of being a Christian and he read the Bible continuously. He now resides in heaven, waiting for his family and friends to join him one day. Alec is survived by his parents who loved him more than life, Bill and Leslie Pearson, brothers, W.T. (Amanda) and Nick Pearson, grandfather Tom Pearson, aunt Christy Starks (Arunas Bruzas), and aunt Debbie Garcia (Joe), uncle Tom Pearson, Jr., cousin Guinn Garcia (Derek), and their son Derek Jr., and cousin Vicki Staten (Drew), who will all forever love and miss him. He was predeceased by grandparents W.T. and Vicki Starks “Grandy and G.G.”, grandmother Shirley Pearson, and aunt Lynn Pearson, all of whom he is with now. His family takes comfort in knowing that he is loved and is not alone. Alec made the most of his time, and will always be remembered and never forgotten. A service for Alec will be held on Wednesday, April 6th, at North Naples Church (6000 Goodlette-Frank Rd. Naples, Fl 34109) at 5:30 p.m. In lieu of flowers, consider a donation to Alec’s favorite charities, Captains for Clean Water, the Everglades Foundation, or the Conservancy of Southwest Florida.
See more See Less

In Memory of Alec Michael Pearson