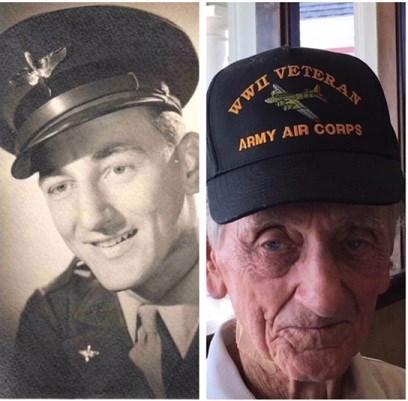 Vernon G. Davis Jr (Dinky) age 93, of Harahan Louisiana entered his eternal life on Monday, January 22, 2018. Preceded by his wife of 71 years, Lorraine May Kippes Davis, father to six sons, Vernon G. Davis III and wife Lynn, Michael A Davis Sr. and wife Debbie, Ronald C Davis Sr. and wife Lisa, Kenneth A Davis Sr., Darrell D Davis and Dale D Davis. Grandfather of 16 grandchildren, Vernon, Suzie, Michael Jr, Therin, Ben, Mary Michael, Tammy, Michelle, Ronald Jr. ,Jennifer, Adam, Kenny Jr. , Angel, Amber, Heidi, and Ashley, and 33 great grandchildren and two great great grandchildren. Vernon was a native of New Orleans and a long time resident of Harahan, La. He will be remembered for being a devoted husband to his wife, father to his children and friend to many. He was an extremely hard worker, worked until he was 87, and he loved golf. But more than anything, he was a caretaker to many. As a young boy he grew up taking care of his siblings, later when married he took care of his wife and children. As his parents and his mother-in-law grew older he took care of them. Then, his wife had a stroke at an early age and he cared for her for 17 years. He helped take care of his neighbors when they had medical issues and was always there when his younger brother developed a life ending disease. I’m sure that there were many more people that our dad had a positive impact upon that even we don’t know about, but God does. Although dad tried to hide his emotions we all knew that he loved us very much and you could see that he had compassion for people. We probably couldn’t count the number of people, not including family that our dad helped during his time on earth, he will be greatly missed. Services will be private. To view and sign the guest book, visit www.lakelawnmetairie.com

In Memory of Vernon George Davis