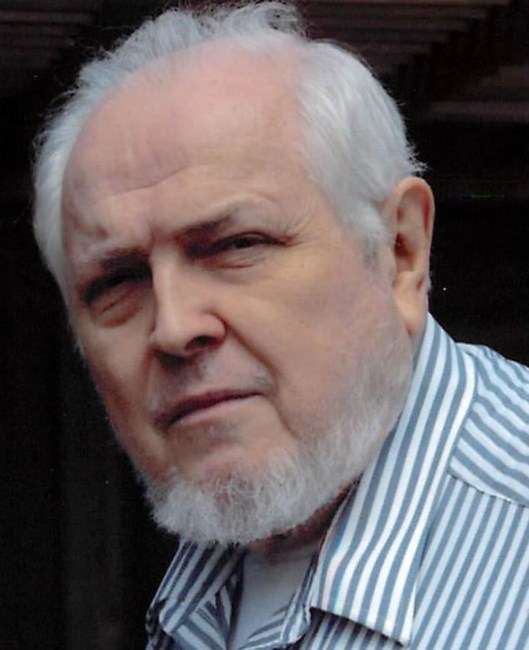 Guillett Gervaise Davis III November 18, 1932 - April 11, 2018 Guillett Gervaise (Gerry) Davis III passed away peacefully at his home in Monterey on Wednesday April 11, 2018. Gerry was born in Marshalltown, Iowa to Guillett Gervaise Davis Jr. and Alice Virginia (Denison) Davis in 1932. Gerry moved with his parents and sister Diane, to New Jersey in 1942. In 1945, Gerry and Diane, along with their mother, moved to Waterloo, IA while his father was assigned to Manila, Philippines as part of the US Army invasion force for Japan. In March 1947, the family was reunited in Manila, and eventually settled in Quezon City, where Gerry’s father ran an import/export business. The family returned to the states in the spring of 1949, making their home in Cedar Falls, IA. After finishing his freshman year at Iowa State Teachers College in 1951, Gerry was accepted into the school of Foreign Service at Georgetown University in Washington DC. In 1954, while finishing his degree, and living in Alexandria, Virginia, Gerry met his future wife, Kathleen (Kathy) Anderson, after her family moved in next door to him. Upon graduation, he began attending the Georgetown Law Center in the fall of 1954, but then chose to activate his rank as a Corporal in the U.S. Army. In 1955, Gerry was stationed as a U.S Army Field Artillery Observer in Hanau, Germany, where he and Kathy were married on June 22, 1955. In July 1956, they returned to Washington DC, where he continued his studies, earning his Juris Doctorate from Georgetown in 1958. During that time, he also worked for the Republican National Committee, as a photographer based at the Pentagon. In 1957 Kathy and Gerry’s first child Ginny was born. Shortly after graduation, Gerry, Kathy, and Ginny moved to North Hollywood, CA, where he began his career as an attorney, working as a clerk for Judge Stanley Barnes in the 9th Circuit Court of Appeals. After a brief stint as an attorney in San Francisco, in 1960, with a family now including second child Cindi, the family moved to the central coast, to make their home on the Monterey Peninsula. In 1960, Gerry joined the law firm of George Walker and George Schroeder, located in the Professional Building on Franklin Street in downtown Monterey, where he specialized in taxation and business law. Daughters Susan and Shauna arrived in 1962 and 1965 respectively. By 1972 Gerry became interested in the growing field of computer law. He developed an expertise on the subject and spoke at Computer Law Association seminars throughout the nation and the world. He also served a 16-year tenure on the MPUSD board, where he was the driving force behind convincing the school district to take advantage of the unexplored new computer technology. Former MPUSD Superintendent, and longtime friend, Dr. Jim Harrison supported this proposition, and as a result, MPUSD became one of the first school sites in California to have access to computers. Due to his desire to constantly learn, and recognizing the importance of computer technology to our future, Gerry’s career shifted from “regular” attorney to that of an Intellectual Property lawyer. In 1985, he wrote Software Protection: Practical and Legal Steps to Protect and Market Computer Programs, one of the first books published on the subject. Gerry was an amateur pilot, an avid and talented photographer, traveling on photography expeditions to Antarctica, India, and Myanmar. He loved learning about new cultures, making countless trips to 6 of the 7 continents, often including his wife, daughters and grandchildren. He was also a wine aficionado, leading Gerry and his family to open The Firehouse Wine Bar and Restaurant in Monterey in 1979. Throughout his lifetime, Gerry strived to make a positive impact on everyone he met and on everything he became involved in. He spent time helping others as an instructor at Santa Clara Law School, as a member of the Board of Directors of Benetech, where he provided pro bono legal counsel, volunteered his time as a photography instructor at the local Chartwell School, and served on the Monterey County Grand Jury. Gerry had a knack for identifying challenging situations and needs of those around him, while always looking for creative solutions to problems and mentoring anyone who would listen. His unique perspective and zest for life positively impacted all of those with whom he came in contact. Gerry will be greatly missed by all who knew and loved him. He made a difference. Gerry is survived by his wife Kathy Davis of Monterey, sister Diane Southwell (Jim Southwell) of Santa Clarita, four daughters, Ginny Davis (Kim Kelley) of Prunedale, Cindi Davis of Monterey, Susan Davis of Mission Viejo, and Shauna Davis (Tim Garner) of Monterey, and six grandchildren, Tarrah, Kelly, Lauren, Riley, Makenna, and Griffin. His favorite pet cat, Kalvin, preceded him in death. The Celebration of Life for Gerry will be held at the Marriott Hotel in downtown Monterey on Saturday May 5, 2018 from 2pm – 5pm, and all are welcome to attend. The family requests that all guests at the service refrain from wearing fragrances, perfume, or cologne. In lieu of flowers, please consider making a donation to Chartwell School of Seaside, CA info@chartwell.org, Benetech www.benetech.org, the International Campaign for Tibet www.savetibet.org or your favorite charity.
See more See Less