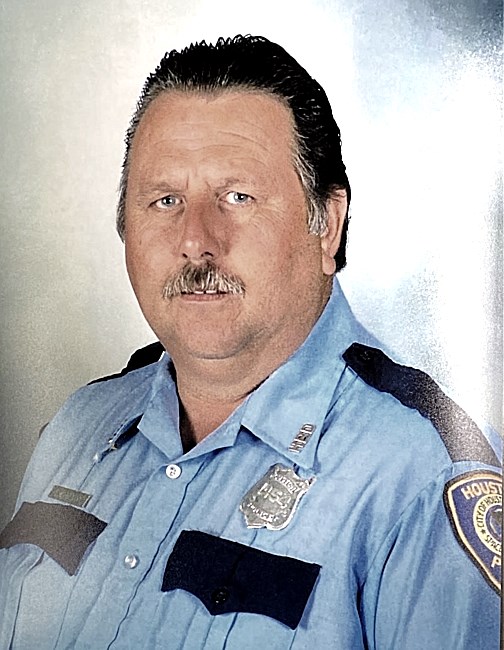 Larry Wayne Bryant passed away on Tuesday, November 17, 2020. He was born on December 12, 1948 to John Paul Bryant and Lyndall Bryant. Larry was tough, an instigator, the epitome of "helicopter Grandpa", and an overall big kid. He laughed at his own comments and jokes even when nobody else thought they were funny. Those who knew Larry would understand that he always said exactly what was on his mind. He showed his love by giving you a gag-gift, roasting you, or offering you some homemade ice cream when you came to his house. In his earlier years, Larry served his country in the United States Marine Corp and then joined the Houston Police Department on June 12, 1972, as a member of Academy class #55. During his 32 year career, he was assigned to the North Division and the Southwest Division. He retired on May 8, 2004. Larry married his wife Deborah K. Bryant on October 17, 1974. They were married for 46 years. During that time, they built a wonderful life together. Larry supported his children in every way possible. In the earlier years, you would find him coaching and teaching them baseball. In the later years, he mentored his boys on fixing cars and building things. Larry could do anything he set his mind to. He could fix, build, take apart, or put together anything he touched. He enjoyed his retirement where he was able to spend many hours at the dog track. You would always hear him talking about the "dogs". He was able to continue his love of baseball through coaching and mentoring his grandchildren on the baseball field. You would always know he was there because his voice would always be heard. He came to every game and sat in right field or behind home plate, cheering when they did something right. He would also say exactly what he thought when things didn't go the way he thought they should. Larry lived his life well and left a legacy and opportunity to carry on his name and memory. Larry is survived in death by his wife Deborah; son Derek and wife Amanda Bryant, grandsons Preston and Corbin; son Michael Bryant and wife Candace Bryant, granddaughter Emree, grandsons Jaxon and Mason; daughter Stephanie Bryant; brother J.C. and wife Mira, brother Gerald and wife Sandy; and many nieces, nephews, and other beloved family.
See more See Less

In Memory of Larry Wayne Bryant