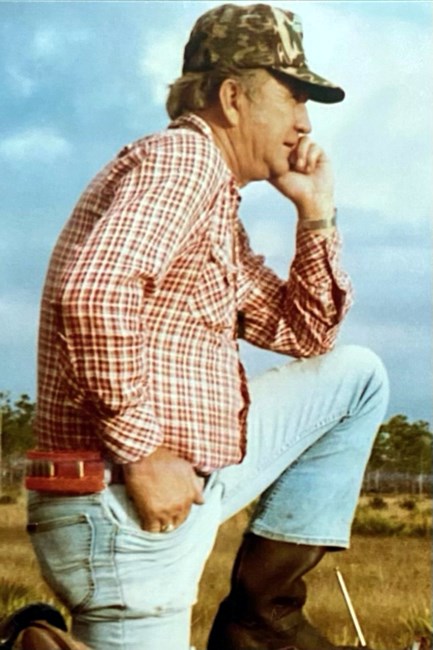 Gordon Shephard Etheridge, 93, passed away September 14, 2022. He was born December 29, 1928 in Elizabeth City, NC. Gordon is preceded in death by his parents, Joseph Gordon Etheridge, Jr. and Mary Riddick Etheridge, his beloved wife of 68 years, Lorene Murphy Etheridge, his daughters, Jill Stancil and Pamela Smith, his sister, Carolyn Foster and brother-in-law, Pig Foster. He is survived by his daughter Gloria and husband Rick Richardson of Raleigh, grandsons Clint Richardson of Wilmington, Jason and wife Kristen Boggs of Clayton, and Zachary Mussler of Raleigh, great-grandsons Trent and Harrison Boggs of Clayton, and sister Jean Inge of South Mills, NC. Gordon was the owner of Etheridge Produce LLC, a successful business for over 60 years. He retired at the age of 86. He had a reputation as an honest, hard working leader in the watermelon industry. One of the founders of the NC Watermelon Association, he remained a supporter throughout the years. Additionally, he was a long time member and supporter of the National Watermelon Association. In 2016, he was inducted into the Inaugural Class of their Hall of Fame. He was a passionate outdoorsman who loved hunting and fishing. He was always fond of his bird dogs and ran many of them successfully in field trials throughout the country, even winning a national championship. His support, generosity and stories are among the top attributes for which he will be remembered. Loved by his family and friends, he will be missed. Visitation will be held Tuesday, September 20, at 1:00 PM at Brown Wynne Funeral Home, 1701 E. Millbrook Road, Raleigh, NC, 27609. A funeral service will be held at Brown Wynne at 2:00 PM. A burial service will follow at Raleigh Memorial Park, 7501 Glenwood Ave. Raleigh, NC 27612. Fond memories and expressions of sympathy may be shared at www.brownwynneeastmillbrook.com for the Etheridge family.
See more See Less

In Memory of Gordon Shephard Etheridge