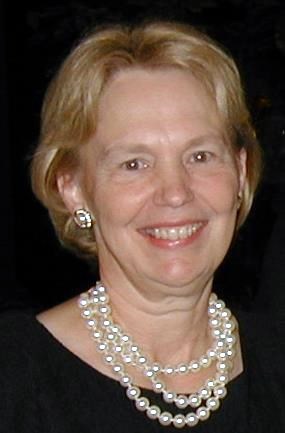 Elina Maria Hildebrand née Nelson of Rochester Hills, Michigan, born June 5, 1942, in Detroit, Michigan, passed away on January 23, 2022, at the age of 79. She was the daughter of Rudolph and Hilda Gustava Nelson and sister to Bernard Nelson and Paul Nelson, all of whom departed before her. Elina was for 55 years the beloved wife of Robert Willard Hildebrand (Married on October 1, 1966), who carries on in her memory, and mother to Robert (Jacqueline), Paul, James (Anna), and Mark (Angela), and grandmother to Patric, Anna, and Emma, all of whom persist, gladdened by warm remembrances of her. Elina graduated from Henry Ford High School in Detroit, and later the University of Michigan in Ann Arbor, in 1965, after which she dedicated herself to teaching the deaf. Later, she pursued family life in Southfield, and then Rochester Hills. She returned to school in the 1980’s, at Lawrence Tech in Southfield, becoming an Electrical Engineer, in which capacity she then joined the civil service for 18 years (1987-2002) at the U.S. Army Tank Automotive Command in Warren, furthering many armored vehicle procurement programs and earning awards for dedicated civilian service. Upon retirement in 2002, she enjoyed, with husband Robert, their lakeside retreat at Hammond Bay and camping trips around North America. Those who wish to share in a celebration of Bob and Elina’s memory are welcome to join in a memorial gathering to be held on Saturday, June 4, 2022, from 1 to 5 PM, at the Pixley Funeral Home, 322 W University Dr, Rochester, MI 48307; Phone: (248) 651-9641. In lieu of flowers, contributions may be made to the Alzheimer’s Association (alz.org) in memory of Robert & Elina Hildebrand.
See more See Less

In Memory of Elina Maria Hildebrand