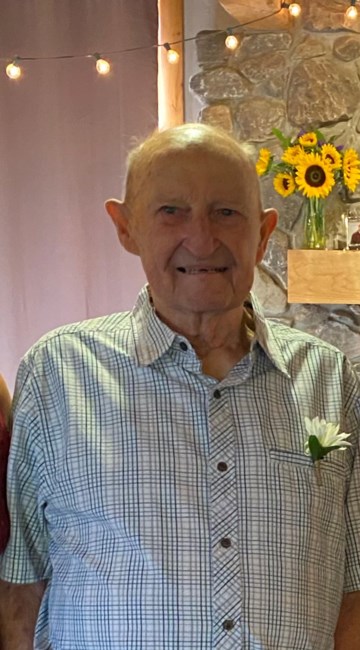 William Errold Hodge, 86, of Dixfield passed away, Monday, November 16 at Rumford Community Home. He was born in Dixfield, son of Errold and Emma (Kidder) Hodge. Bill attended Dixfield Schools and graduated. He then entered the Army Reserves for 2 years in Fort Devens, Massachusetts. In May 1965 he married his wife, Barbara. Bill worked at Stowell McGregor’s until they closed. He then was employed with Highland Lumber and then with Irving until his retirement. He was also a long time member of the Dixfield Fire Department. Survivors include his wife, Barbara, daughter, Pamela Carter and husband Stacy, sons, Stephen Hodge and wife Tina and Daniel Langervin and wife Nina, grandchildren, Jessica Laurinaitis and husband William, Justin Carter and wife Kyra, Ashley Boivin and husband Javon, Zachary Hodge, Kaitlin Langervin and companion Cody Smith, Keith Langervin and wife Devon, great-grandchildren, Alivia Langervin and Alison Smith, Kaden and Avery Boivin and many nieces and nephews. Bill was preceded in death by his parents, a grandson, Craig Langervin and three sisters, Pam Willard, Nadine Robbins and June Merchant.
See more See Less

In Memory of William Errold Hodge