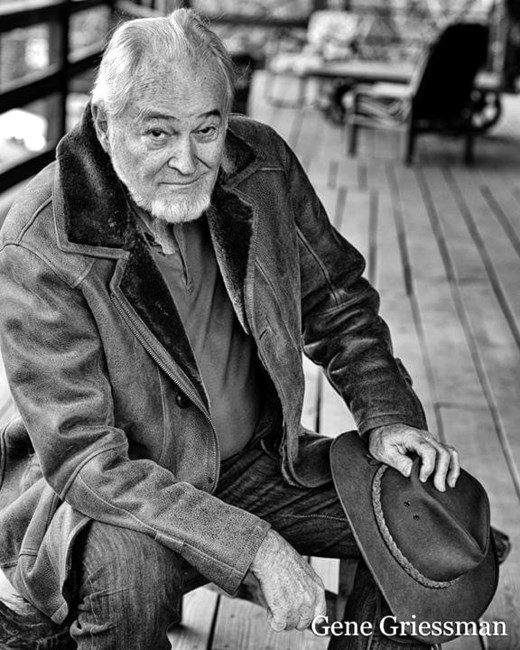 Dr. Benjamin Eugene "Gene" Griessman, Ph.D., internationally known speaker, professor, thought leader on high achievement, Lincoln scholar, playwright, television host, and mentor to many, passed away peacefully at his Atlanta home on September 17, 2022, at the age of 88, surrounded by friends and family. Gene Griessman lived an extraordinary life. Among his most impressive accomplishments, Gene wrote and performed "Abraham Lincoln Live," a one-person play at Ford's Theatre in Washington, DC. It was a powerful presentation of the wit and wisdom of the 16th and perhaps most significant United States President. Gene brought the 19th-century political icon alive at conventions across the country and worldwide. Griessman's Lincoln was performed at the Georgia Dome, the Ice Palace, the Lincoln Memorial, The Carter Center, and aboard the famed carrier the USS Abraham Lincoln. Along with his performances, Gene also wrote "The Achievement Factors," "Time Tactics of Successful People," and several books on Lincoln, including "The Words Lincoln Lived By," awarded the Ben Franklin Award, in its 18th printing, "Lincoln Speaks to Leaders," "Lincoln's Wisdom," and "Lincoln on Communication," and "Lincoln and Obama." He was born on August 12, 1934, in Spartanburg, South Carolina, and was raised along with his only sister, Patricia, by their parents, Benjamin Freidburg Griessman, a mechanic, and Irene Iola Hill, a schoolteacher. Gene started his early adult life in the Southern Baptist Ministry. He pastored his first church at the age of 21, in Oxford, Georgia and married Mary Naomi Lutz, the mother of their three daughters. He pastored three churches in McComb, Mississippi, New Orleans and Baton Rouge, and attended the New Orleans Seminary in the early 1960s. In his late twenties, he Gene decided to focus on a career in academics. He earned his Master's degree in Religion and Sociology from Baylor University and his Ph.D. in Sociology and Anthropology from Louisiana State University. He then accepted a fellowship at the College of William and Mary and later became Associate Professor at North Carolina State University, where he specialized in Race Relations. In 1970, he accepted a position as Head of the Department of Sociology and Anthropology at Auburn University during the height of the Civil Rights Movement. While in Atlanta, during the 1980s, he served as Adjunct Professor and Director of Media Relations at the Georgia Institute of Technology. He was dedicated to the belief that all men and women are created equal. In 1978, he was selected as a Fulbright Scholar at Quaid-I-Azam University, the national graduate university of Pakistan in Islamabad. This experience, living and teaching abroad, inspired his lifelong love of exotic travel. Throughout his long life, he traveled, often solo, to 123 different countries to explore the world and its vast cultures. He was a lover of all people. In the late 70s, Gene pitched an idea to Ted Turner and the young Atlanta- based Cable Network, TBS, to have him do a celebrity interview program. Gene Griessman hosted "Up Close with Gene Griessman," and the show earned Ted Turner one of his first Emmys. He interviewed former Presidents Ronald Reagan and Jimmy Carter, Hank Aaron, Richard Burton, Tennessee Williams, Ray Charles, Aaron Copeland, Stanley Marcus, Mario Andretti, Kris Kristofferson, and Charles Schultz. In his home are photos from the interviews and a Peanuts cartoon strip with Gene interviewing Snoopy created for him when he interviewed Schultz. Gene was a member of the Television Academy. Gene remained politically active his entire life until the very end, and was recently quoted and interviewed by the New York Times regarding his thoughts on the January 6th Committee Investigation. In 2020, while he was recovering from Covid, Gene began to invite many of his closest friends to share lunch with him at his home. His friend, Chef Stacy, would prepare a three-course gourmet meal, and his hand-picked guests would sit around the table eating exquisite food and talking about life, travel, philosophy, favorite books, and politics. These lunches continued after he returned to Atlanta after suffering a major heart attack in Hawaii in Summer 2021. Those lively discussions with great food, wine, and friends made Gene's last years some of his best years. He is pre-deceased by his beloved daughter, Sharon Joanna Griessman. He is survived by two daughters, Gloria Griessman Pastrnak and Katrina Griessman Dinkle, of Atlanta, and four beloved grandchildren, Juliana, Chloe', Dylan and Peter. He is also survived by his only sister Patricia Kappenhaggen, of Fort Worth, Texas, a nephew, Kris and a niece, Robyn. The Celebration of his Life will be held at Arlington Memorial Park Chapel on the afternoon of October 22nd at 1pm. A private burial ceremony will be held for close friends and family. Those who wish to honor him may make a donation to The Atlanta Mission.
See more See Less

In Memory of Benjamin Eugene Griessman