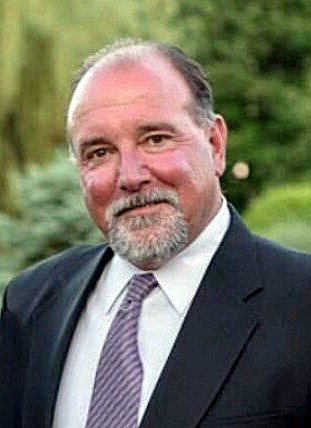 John graduated from Southington High School in 1974, then began a lifetime of public service. He proudly served his country as an MP in the U.S. Army during the Vietnam Era. John continued his law enforcement career as police officer, protecting the communities of Wiscasset, Maine and Cheshire, Connecticut until his retirement in 1997. After retiring from the Cheshire Police Department, he served as a Hartford County Sheriff and ESPN’s first in-house investigator before retiring again in 2007.

In addition to his career, he volunteered throughout his life, as a firefighter in both the Southington and Bath (Maine) Fire Departments, Commander of American Legion Post 72, an elected official on Southington’s Planning and Zoning Commission, a member of the Southington Conservation Commission, Chairman of the Southington Veteran’s Committee, and other organizations and activities too numerous to list. He was also instrumental in the legislation and design of Connecticut’s first veteran license plate recognizing those that served their country. John tirelessly and selflessly worked to help those most in need, especially veterans and their families, ultimately earning the honor of YMCA’s 2019 Person of the Year.

In addition to his wife he leaves his son, John E. DeMello Jr. and his wife Nicole of Fairfax, VA; a brother Charles DeMello and wife Linda of Maine and two sisters, Joan Procko and husband John and Elizabeth Cardona all of Plainville; sister-in-law Linda DeMello of Marion and many nieces and nephews. He was predeceased by his brother Antone DeMello.

His funeral will be held on Friday, 9:15 am from the DellaVecchia Funeral Home, 211 N. Main St., Southington to St. Dominic Church, 1050 Flanders Rd, Southington for a Mass at 10 am. Burial with military honors will follow at Immaculate Conception Cemetery, Southington. Walk through calling hours will be Thursday from 4-7 p.m. Masks and social distancing will be required at all times.

In Memory of John Edward DeMello