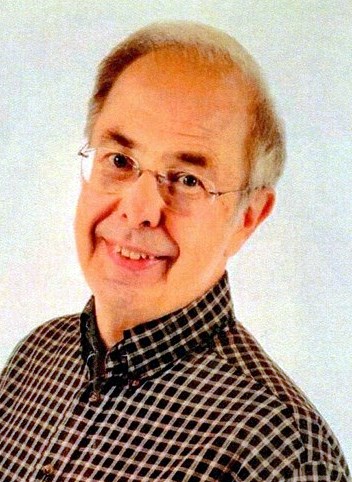 Philip Douglas Bourland, 79, of Temple, passed away on Thursday, January 27, 2022, in Temple. A memorial service honoring his life will be held at First Baptist Church, Belton, on Tuesday, February 8th at 11:00 a.m. The Reverend Andy Davis will be officiating. Family will receive visitors at the church at 10:00 a.m. prior to the service. Phil was born September 22, 1942, in East St. Louis, Illinois, to the late George Daniel and Luella (Betty) Peacher Bourland. When Phil was a teen, his father moved his family to San Antonio, TX, where he attended Thomas Jefferson high school. He graduated in 1960 and began attending Baylor University in the fall. Right after high school graduation, he began dating Paula-Kay Lyall who was in the same youth group in their church in San Antonio. They were engaged in August of 1966 and married June 17, 1967, seven years after they first started dating. They have been married 54 years. Phil graduated from Baylor University in 1965 with his Bachelor of Science degree in Physics and Math. He received his Master of Science in Physics from Baylor in August 1966. He went on to receive his Doctorate in Physics from Baylor in 1970. He then went to Scott and White Clinic in Temple on a post-doctoral fellowship. Before coming to Scott and White, he was a Traineeship Fellow for the National Aeronautics and Space Administration (NASA). Paula-Kay was working on her post graduate degree in Social Work at the same time in San Antonio. After her graduation, they bought their first home in Temple. Phil joined the medical staff at Scott and White Hospital in 1971. He soon became director of the Division of Radiological Physics at Scott and White. He remained on the Scott & White staff for 39 years before retiring in 2010. While there, he received the appointment by then Gov. Rick Perry to be the presiding officer of the Texas Board of Licensure for Professional Medical Physicists. He was also a member of the American Association of Physicists in Medicine, the Health Physics Society, the Texas Radiological Society, and the American College of Radiology. He loved his job, but more importantly he loved all the people with whom he worked. He is remembered as Dr. Bourland, the guy that always walked the halls asking about everyone’s family. While Phil had many titles, his favorite title was husband to Paula-Kay, Dad to Michael and Mark, and Grandpa to Cole, Chris, Makayla, Ty, Ella, Grayson, and Jadyn. Once he retired, he and Paula-Kay became world travelers, going on numerous cruises and adventures together. Trips to the Holy Land were their favorites. He also took much pride in his two boys. Their phone conversations would come at random times but would be the highlight of their days. He taught them how to lead as a husband and father. He was also the kindest and most loving father-in-law and always took the time to encourage his daughters-in-law. He loved his grandkids and enjoyed coming to their extracurricular and sporting events. His words of wisdom and desire to know about each detail of their lives is what made him the best Grandpa! Phil also loved his dog companions through the years. Walking Pepper every day was one of his favorite retirement pastimes. Most importantly of all, Phil gave his life to Christ when he was a young boy. He loved his Savior and the body of Christ. He was a member of First Baptist Church, Belton. He served many years as a deacon, Sunday School teacher, Precept teacher, and sang in the choir. He loved to study God’s Word. Phil was preceded in death by his brother, Danny Smith. He was also preceded by his father George Daniel Bourland and mother, Luella (Betty) Bourland. He is survived by his wife, Paula-Kay Lyall Bourland of Temple; sons, Michael Bourland and wife, Carey of Waco; Mark Bourland and wife, Holly of Belton; grandchildren, Cole, Chris, Makayla, Ty, Ella, Grayson, and Jadyn; sister, Linda Eaton of Carlsbad, New Mexico, and sister Judy Cummings of Denver, Colorado. The family wishes to extend thanks to the church family at FBC Belton for their love, prayers, and support, and to the team at Amedysis Hospice and Canyon Creek Memory Care. Also thanks go to the many friends who have expressed love and condolences. In lieu of flowers, the family encourages memorials be made to First Baptist Church, Belton Global Mission Fund, 506 N. Main St. Belton, TX 76513. The website to contribute is www.fbcbelton.org.
See more See Less

In Memory of Philip Bourland