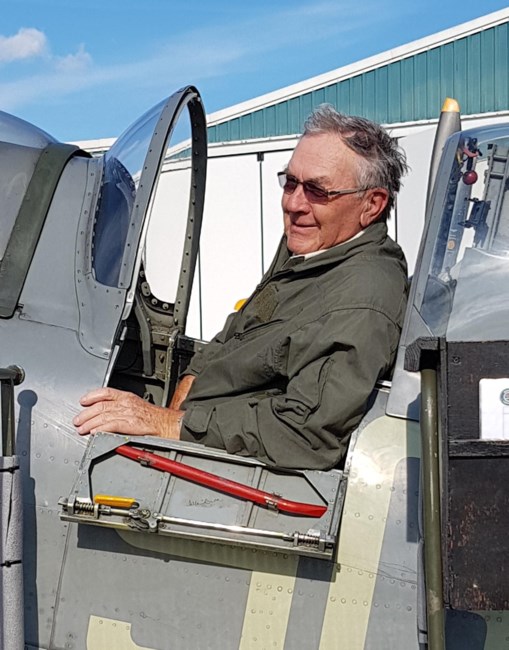 Rick passed away on Thursday, September 15, 2022, after a short illness in his 88th year. Rick was born in Toronto on December 30, 1934 to Alice and Peter Byberg, the second of Alice and Peter’s four boys. He grew up in Fisherville and Newtonbrook and worked for the family business Dominion Caulking. He married Lois Percy on June 23, 1956 and the family moved to Highland Creek. Rick and Lois had eight children: Dianne (Paul), Camille (Keith), Jennifer (Bill), Robert (Beverley), Mary (Tejinder), Barbara (William), Patricia (Dan) and Leslie (Alan). Lois died in 1977. Dad worked for a few more years but decided to wind up his life in the city and move to the farm he and Lois purchased in Spring Creek to spend their retirement. Dad spent many years there, farming, tending bees, running a pickerel pond to restock local lakes, including his beloved Caribou Lake, as well as tending cattle and his two Belgian horses, Bobby and Jason. Next, Dad purchased Camp Caribou, on Caribou Lake. Dad had first visited Caribou at the age of 12 and fell in love with the place, eventually buying a cottage on Burnt Island when he was 16. He then moved into the town of Port Loring when he married Marie Wood in 1995. Dad and Marie spent many a good day in their RV travelling around Canada and the US. He enjoyed turning bowls and making furniture in his woodshop. Dad owned a houseboat at one point which he moored on the Pickerel River. He then became interested in old cars, and in the last decade owned a 1931Model A, a 1941Chevy Coupe, a 1969 Camaro, a 1969 Dodge Dart, a 1969 Plymouth Barracuda, and his last car, purchased earlier this year, a 1971 Chevelle SS. He loved his cars and he loved talking to people about those cars especially his good friend Darrell Clapperton. He had good friends and neighbours in the Port Loring area and we know how much he valued those friendships. In 2018, Dad fulfilled his dream of a lifetime when he made the trip to England to fly in a World War II Spitfire - twice! Dad enjoyed pretty good health and the independent life he loved up until June of this year, when several months of difficult health resulted in the diagnosis of a terminal illness. He was lovingly cared for by his daughter Barb and her husband Bill in Trenton throughout the summer. He died with his daughter Mary and granddaughter Keara by his side on September 15, 2022. Dad leaves 16 grandkids, Stephanie Manaster, Danielle, Colin and Victoria Smith, Lucas, Robyn and Liam Shouldice, Peter and William Byberg, Sarah Barber, Joseph and Keara McLellan, Chelsea and Hanna Parker and Julia and Michael Zucchetti; and 10 great grandchildren: Isa and Minerva Qureshi, Arryia and Zaylee Smith; Audrey and Henry Smith-Fraser, Adelina Byberg, Margaret Currie and two more on the way. Dad was predeceased by his wife Lois, his grandson Shaun McLellan and granddaughter Jennifer Barber as well as three brothers, Peter, William and Thomas. He will be missed by his kids, grandkids and great grandkids, countless nieces and nephews, and by his wife Marie, her children and grandchildren. Dad didn’t like fuss, and he would cringe at the length of this obituary, so a modest funeral will take place on September 23, 2022 (https://www.dignitymemorial.com/en-ca/obituaries/thornhill-on/frederick-byberg-10930414) with visitation at 1 pm followed by a service at 2 pm. Cremation has taken place. A private family internment of his ashes will take place on September 24, 2022 where he will be reunited with our beloved Mom. Thank you to the doctors and specialists at Centenary Hospital for finally giving Dad the care he needed and to the nursing staff of 9 West for putting up with his enormous family.
See more See Less