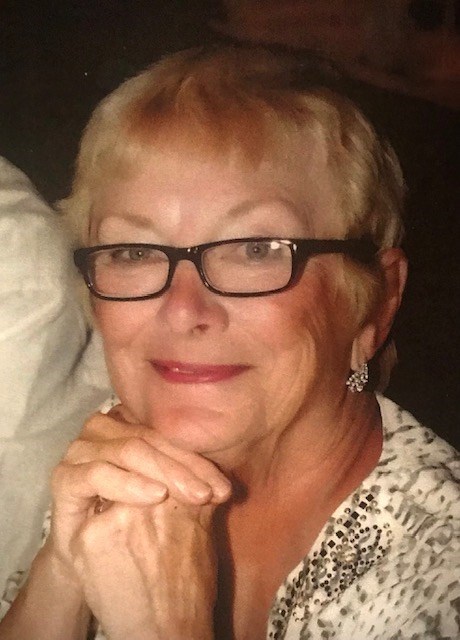 Joann Pauline (Wieclaw) Kopfer was born in St. Louis, MO on September 7, 1943 and met her Savior on January 21, 2022 after a long battle with a degenerative neurological disease. She was strong until the end. Joann was a loving wife to her husband John for 57 years and a great support to him as he continued his education and followed career opportunities, bringing their family to Taylor Lake Village, TX for the last 48 years of her life. Joann was a wonderful mother and survived by her children: Nancy Joann Sullivan and husband Kevin residing in Puyallup, WA; John Albert Jr (Ja) and wife Lisa residing in Clear Lake, TX; and Michael Anthony and wife Katherine residing in Sugar Land, TX. She was preceded in death by her son Terry Allen (married to Michelle) of Frisco, TX. Joann was a dearly loved Grammy to her five grandchildren: Lauren, Audrey, Benjamin, Claire and Madeline; and her three great grandchildren: Gavin, Brooke and Sullivan. She is also survived by her sister Helen Fogarty and husband Ron, of St. Louis, MO and was preceded in death by her siblings Edward, Lorraine and Henry. Joann attended St. Hedwig and St. Cecilia Catholic grade schools and Bishop Du Bourg Catholic High School. She loved to laugh. Joann was a wonderful dancer and she and John never missed an opportunity to get out on the dance floor. She was an athlete and excelled at many sports. Joann was a cheerleader in high school and played women's fast pitch softball both in St. Louis and Houston. Her favorite sport was her play on the tennis court, including league and tournament play. Joann was a member of Windemere Tennis Club and Bay Area Racket Club. She coached many of her children’s sports and enjoyed watching her grandkids in their athletic endeavors. Joann liked to be near the water fishing and crabbing, ultimately building their dream home on the lake. Her role as prankster was beyond reproach with many stories of her antics still being told today. She enjoyed playing any sort of game and was always in it to win. Joann worked hard at everything she did and was always willing to be of service to her family and friends. Grammy always made everything fun. Her greatest love was her family and we will miss her forever. In lieu of flowers, remembrances may be made to St. Cecilia School and Academy, 906 Eichelberger Street, St. Louis, MO 63111. Attn: Pete Cerone Services will be held on March 11, 2022 at 10:30 AM at St. Clare of Assisi Catholic Church, 3131 El Dorado Boulevard, Houston, TX 77059. A reception will follow the service in the parish hall. Fond memories and expressions of sympathy may be shared at www.ForestParkEast-FHC.com for the Kopfer family.
See more See Less

In Memory of Joann Pauline Kopfer