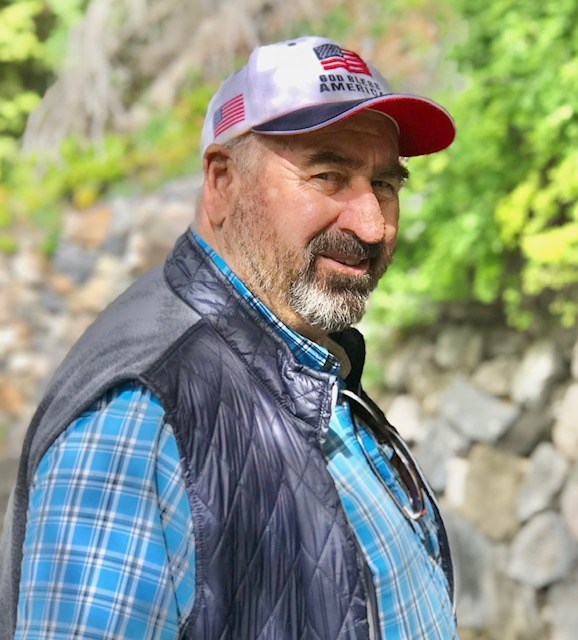 Ronald Kent Holmes of Stansbury Park passed away on the afternoon of Monday, August 8, 2022, at the age of 71. Ron was born to William and Sylvia Holmes on December 16th, 1950, in Granger, Utah, currently known as West Valley City. He is the youngest of 7 children. He graduated from Granger High school in 1969. Knowing he was going to be drafted for the Vietnam war he enlisted so he could choose which branch of the armed forces. He enlisted with the Navy. Ron served from 1970 to 1974. During his service he was stationed in Hawaii, Cam Ranh Bay in the Philippines, and Okinawa, Japan. He worked as an airplane mechanic specifically on the Lockheed P3 Orion patrol aircraft and later rebuilding Allison T56-10 & T56-14 Turboprop engines. Ron was civilly married to his High School sweetheart Nancy Afton Holmes on August 18th, 1971. Later, on April 5th, 1983, they were sealed together in the Salt Lake Temple. Together they raised two boys, Zachary, and Colby. After leaving the armed forces Ron worked in many areas of the construction trades including asphalt, concrete, structural steel, gas lines, landscaping, carpentry, driving big rigs, running crews, and owning and operating a couple construction businesses throughout the years. In lean years he even turned to selling windows to help make ends meet. Ron also built his family's first home. Ron loved to hunt and fish. He loved sitting at the campfire with brothers, sisters, cousins, and grandchildren and sharing experiences he had with family members. We think some stories might have been embellished a little but according to him they were the God’s truth. His favorite phrase was, “It’s just over the next ridge.” Ron enjoyed working with his grandchildren to teach them new skills. Everything from shooting bows and arrows, whittling, camping, cooking, throwing hatchets, gardening, earning money, hard work, ring making, knife making, riding 4 wheelers, mountain man rendezvous and gospel study. He loved to tease his siblings. Especially Bob when he lived next to him. Ron served in many church callings for the Church of Jesus Christ of Latter-Day Saints including 2nd councilor in the bishopric in West Valley, High Priest leader, High Council, Scout leader, Primary teacher, and Bishop in Stockton Utah ward where he was known as the burying Bishop. He officiated over 70 funerals while serving there. Ron is preceded in death by his father, William, and his mother Sylvia, sisters Donna and Dianne and his brother Robert. He is survived by his wife, Nancy and their two children Zachary and Colby. Along with Zachary’s spouse JaNae and their five children Abigail, Logan, Lilly, Kiptyn, and Asher. Colby’s children Jamie, Camrie, and Hunter as well as his 2 sisters Gail and Jolene, and his brother Steve. A viewing for Ron will be held on Monday August 15th from 6 PM to 8 PM. Then a short viewing on Tuesday August 16th from 1 PM to 2 PM followed by funeral services at 2 PM. All services will be held at Valley View Memorial Park and Funeral Home 4335 W. 4100 S., West Valley City, Utah 84120
See more See Less

In Memory of Ronald Kent Holmes