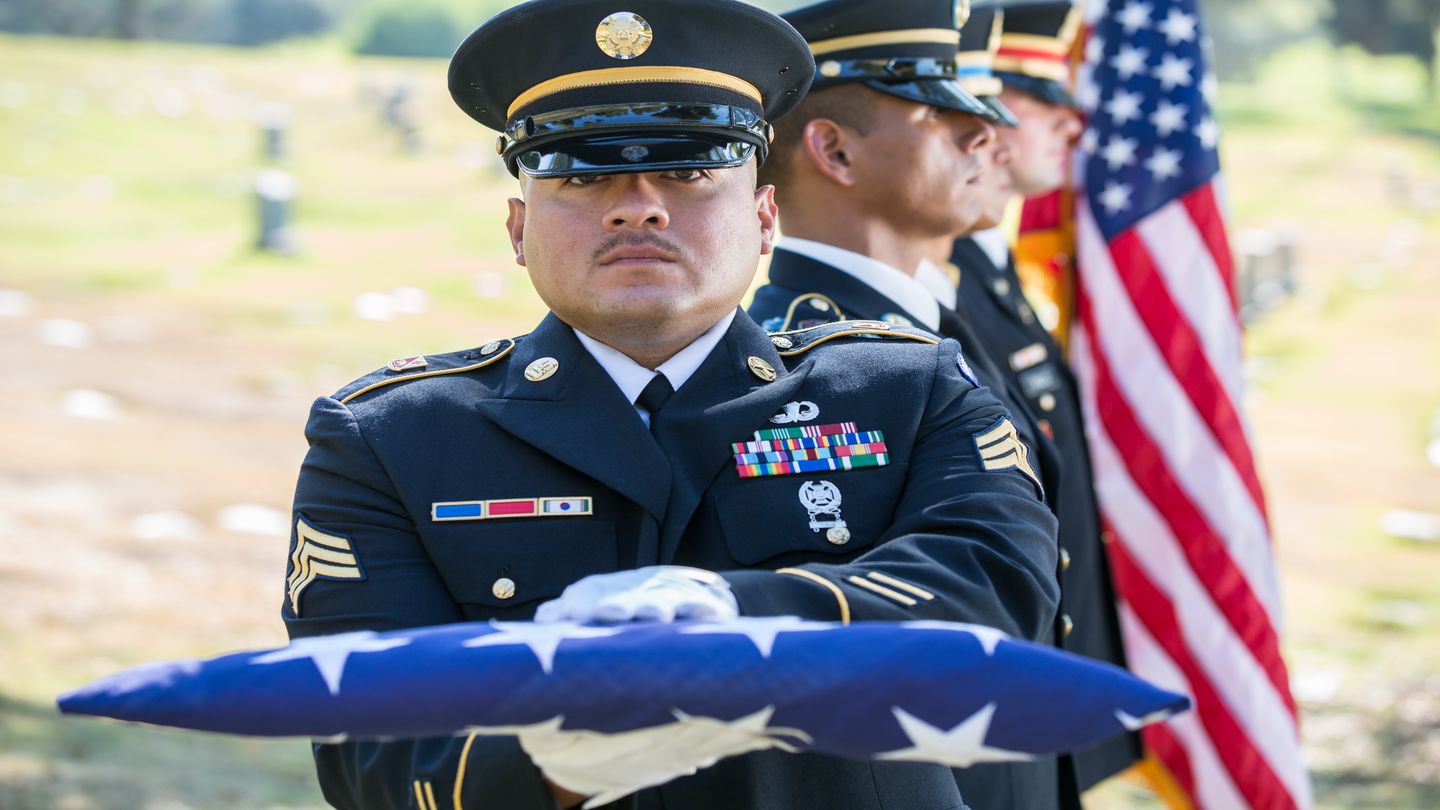 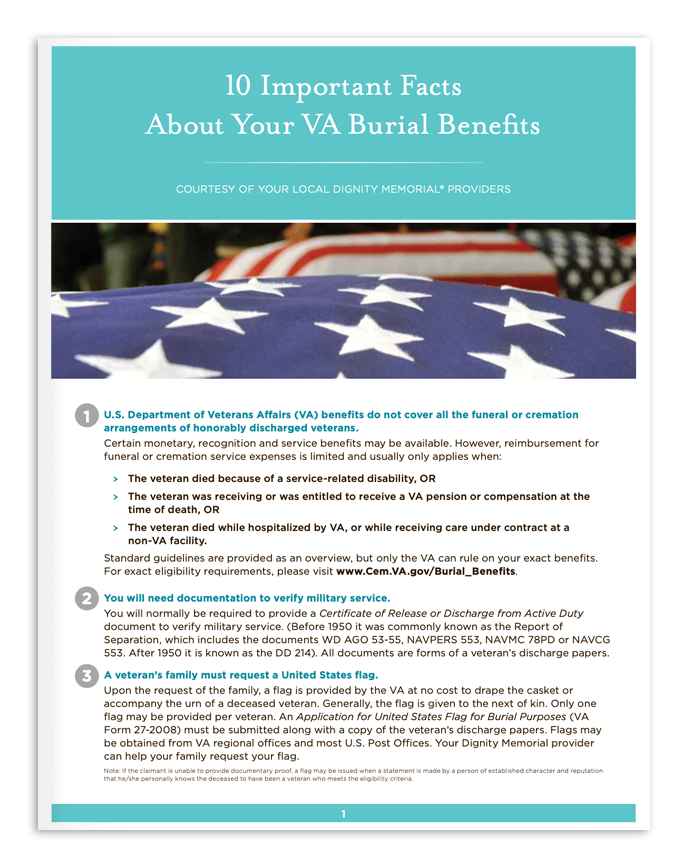 GET IN TOUCH WITH US

Planning a personalized cremation funeral or memorial is an event unlike any other. We created a guide to help you understand all of your cremation options and how to plan a truly memorable event. A Guide for Families Choosing Cremation is free, and it will help you start planning today. Then, when you are ready, a Dignity Memorial provider will be there to walk you through every step of the cremation process.

Honoring those who serve 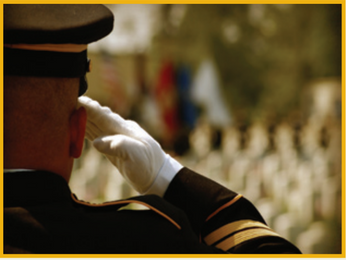 With more than 1,900 licensed funeral, cremation and cemetery service providers in North America, the Dignity Memorial network is the right choice for veterans, active military personnel and their families. We consider it an honor to serve the men and women who have sacrificed for our country. Whether your need is now or you are making final arrangements in advance, you can count on us for professionalism, quality and service excellence.

What's in our free guide? 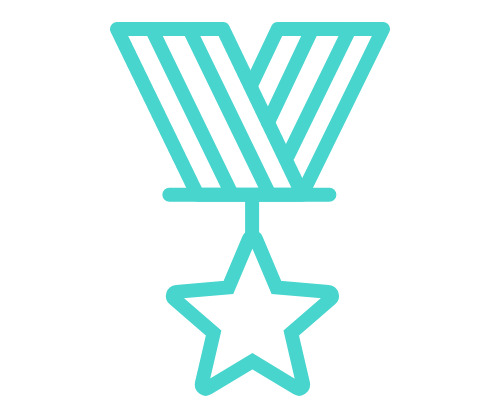 Find out what is covered by the U.S. Department of Veterans Affairs based on your service

Learn how to verify your military service in order to receive your benefits.