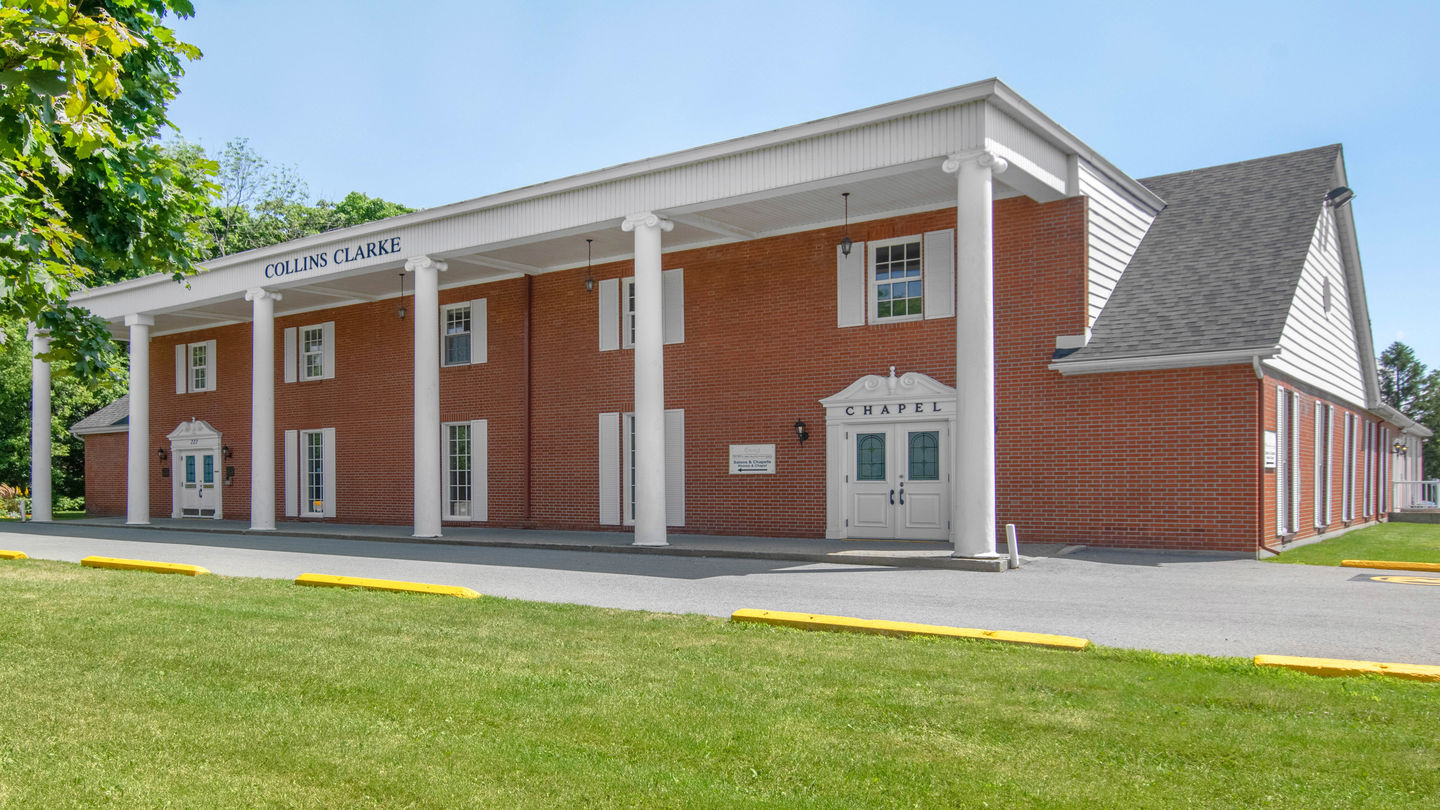 We now comprise three distinctive funeral homes located in Montreal, Montreal West Island-Pointe-Claire and Saint-Lambert. Each Collins Clarke MacGillivray White Funeral Home is home to a courteous, dedicated and efficient team with years of experience providing you with compassionate care. We find inspiration in our mission to support you in a time of grief, and we are honoured to serve you.

Our funeral home has been thoughtfully designed with your needs in mind. Our peaceful atmosphere is fitting for reflection and provides a warm and inviting space for families to gather and share memories of their loved ones.

Conscious of the support it can bring to families, we offer complimentary services, such as a specialized documentation centre and activities including concerts, exhibits and lectures on different topics. Innovative programs such as Making Everlasting Memories and Smart and Safe Seniors are also made available to our community.

Collins Clarke MacGillivray White's history encompasses a tradition of three well-established Montreal funeral parlours. D.A. Collins Funeral Home, the first location, opened in the early 1920s, in Notre-Dame-de-Grâce, rapidly garnering the attention of the Protestant Anglophone community due to the quality of its approach and services. In order to meet the needs of families living in the West End of the Island, a second location was opened in Montreal West Island-Pointe-Claire in the early 1960s.

At the end of the 1930s, the Clarke Funeral Home opened on Monkland Street, mainly serving Catholic Anglophone families. In the mid-1940s, it moved to a larger facility on Sherbrooke Street West. In 1932, J.W. MacGillivray opened in Verdun, St. Lambert, and Robert M. White & Son opened in late 1940s on Pie X Boulevard, and then moved to St. Catherine St. East.

Founded in 1840, Jos C. Wray Undertakers dates most senior. Originally located at 290 de la Montagne Street, the funeral home then moved to 1234 de la Montagne where it made significant leasehold improvements in 1928. After these facilities were used for 75 years, in April 1970, Jos C. Wray became Wray Walton & Wray merging with the William Wray Company (at the time located on University Street) where it continued to offer services mainly to Montreal's Protestant Anglophone families. In 1977, the company moved its de la Montagne location to the Towers Street location in the downtown area.

These three Montreal funeral homes each pursued efforts to improve customer service while respecting the evolution of traditions and families' needs, each adding services and redesigning facilities, such as D.A. Collins adding a chapel in 1939.

In October 2001, it was Wray Walton & Wray's turn to join Collins Clarke MacGillivray White in order to become part of the Dignity Memorial network.

Today, the company holds an enviable reputation. Collins Clarke MacGillivray White continues to serve the Anglophone community of the Greater Montreal Area while welcoming more French families, as well as those from other ethnic communities.

"I found the staff kind and patient. Kimberley provided exceptional service! So patient and answered all of our questions 10 times! She answered emails on her days off...she provided more than just a service, she acted like a social worker, a grief counsellor and as a friend. I also appreciated the funeral home adapting to our needs and adjusting the price accordingly. It was very kind and helpful. Thank you."

"I really appreciated Kimberley. She was very patient and cordial. She has such a kind, sensitive nature and is well suited to the job she holds. Very much appreciate her help."

"The personal support, attention to detail and customer service provided by the entire staff was simply outstanding."