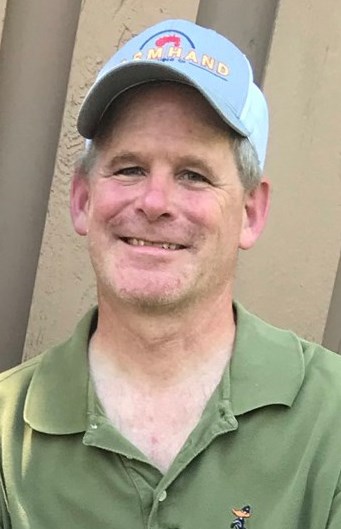 Ames, IA Eric Keith Armstrong passed away on February 19, 2022, at Mercy Hospital in Des Moines from a head injury caused from a fall. Eric was born on January 16, 1964, in Waterloo, Iowa. He grew up on his family’s farm outside of Waverly, Iowa. He graduated from Waverly-Shell Rock High School in 1982. In May of 1993, he received his Bachelor of Science degree at Iowa State University in Animal Science. Eric accepted a position with Environmental Health & Safety at Iowa State University. He worked in the Radiation Safety department as a health physicist for 28 years, taking early retirement in May of 2020. Eric met his wife, Susan Hoadley, in October of 1994. They married in October of 1999. Eric was a country boy at heart. He took pride in raising Angus and Herford cattle. He had a knack for growing things, from vegetables to tall corn. He was a dedicated Iowa State Fair attendee. From a young teen showing livestock to an adult, Eric participated in various state fair events and contests. He had a passion for cooking and homebrewing. Eric took pleasure in sharing his creations whether it was food, beer, or mead. He was a member of the ABL & IBU homebrew clubs and a certified Beer & Mead judge. Most of all, Eric was known for his willingness to help people. Which he continued after his death by being an organ donor. He was able to give three people a second chance at life by gifting his lungs and kidneys. Eric is survived by his wife, Susan; son, Sam; father, Eldon of Waverly, IA; brothers, Neal of Madison, WI, Karl of Waverly, IA, and Jay of St. Paul, MN; sister, Sara (Jon) Allen of Okoboji, IA; and nephews and nieces. He is preceded in death by his mother Karlyn (Klenzman) Armstrong, an infant niece and both maternal and paternal grandparents. A celebration of life will be held at a later date in April. In lieu of flowers, please consider memorial donations to ACTORS community theater group in Ames, Iowa State Fair Blue Ribbon Foundation, and the Food Bank of Iowa.
VER MÁS VER MENOS