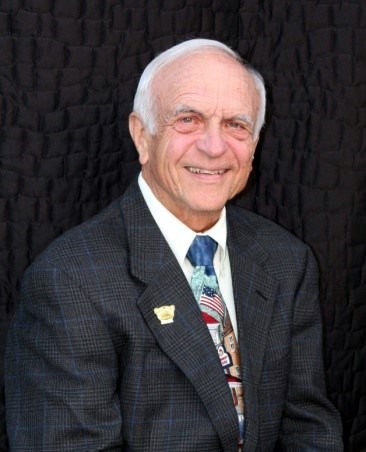 Dan Foulk, MAFCA President 2014 Dan Foulk, born December 29, 1941 in Jonesville, Michigan, son of Floyd and Pauline Foulk, passed away November 19, 2021. He was 79 years old. Dan was a four-term board member and was first elected to the MAFCA Board of Directors in 2011, serving as Vice President for three years, then President in 2014. In 2017, he was appointed to fill a vacancy on the Board, then was elected to two more full terms, all as Advertising Director, a job he really liked! Dan spent 40 years working in the Information Technology industry. He started in 1968, working on a 48K IBM mainframe about the size of an average hotel bedroom. He retired in 2008 running a group of consultants for an IBM business partner. Dan surely rode the crest of the IBM mainframe popularity. Dan always liked old cars. In 1996 he was working in Burbank, California, and one of his associates drove a 1929 Roadster Pickup to work. Dan was smitten by it. He told his associate he wished he had one. His associate said they were reasonably priced, and fairly available. Dan told him no, he didn’t have garage space, nor time for it. Barely two weeks later, Dan was in Michigan visiting his mother, and his mother’s next-door neighbor put a 1928 Roadster Pickup on the street for sale. It had been restored four years earlier, seldom driven, and it was very reasonably priced. Dan decided it was fate and bought it on the spot. It was to become Dan’s signature vehicle, one of his granddaughters will Inherit it. While Dan loved the Model A hobby, he loved his family more. Dan and his wife Shelby were married in 1965. They had two children, Rhonda who lives in Texas, and Scott who lives in California. Rhonda has three daughters, Nicole, Renee, and Courtney. All three of Rhonda’s girls graduated from Texas A&M. In November 2020, oldest granddaughter Nicole, presented us with a great granddaughter, Natalie Renee, she is precious! Scott has two daughters, Gracie, and Kelsie who each have their own interests, Gracie photography, and Kelsie rodeoing. Scott’s son Blake, Dan’s only grandson died in 2020. Dan and Shelby moved to Bakersfield in 1998 and joined the Bakersfield MAFCA Chapter soon after. Little did they know that, that club would become their lifetime social center. Many friends were made who remain friends to this day. The Bakersfield Chapter was the first chapter of MAFCA, and one of the best. Seldom did a weekend go by without some kind of club event taking place. The great thing about Model A clubs is that they are great not only for the members, but for their families as well. All five of Dan’s granddaughters know full well what a Model A is. Dan was always grateful to God for leading him to Bakersfield. Dan’s mini ranch provided many hours of horseback riding and swimming for his granddaughters, and The Bakersfield Model A club provided the entertainment for Dan and Shelby. AAOOGAH AAOOGAH!!!! Dan is survived by his wife, Shelby; his two sisters Jean Evans and Sheryl Rameriz; daughter Rhonda, son Scott; five granddaughters and one great granddaughter.

A funeral service for Danny will be held Wednesday, January 12, 2022 at 1:00 PM at Hillcrest Memorial Park and Mortuary, 9101 Kern Canyon Road, Bakersfield, CA 93306, followed by a graveside service.

Fond memories and expressions of sympathy may be shared at www.hillcrestmemorial.com for the Foulk family.