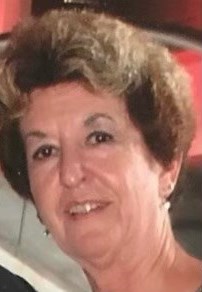 Tommye Lowrance Edwards, 85, retired teacher, mother, grand-mother, and friend, passed away on Wednesday, August 3rd in Victorville California. She was born on July 8, 1937 to the late James and Mabel Lowrance in Soper, Oklahoma. She graduated as valedictorian from Soper High School and attended Oklahoma College for Women then received her Master's Degree from Southeastern Oklahoma State University. She married Carl Lee Edwards on Nov. 27, 1957 in Coalgate, Oklahoma. In 1962 Tommye and Carl moved to Barstow, California and began teaching school at Barstow Unified School District. Tommye was very proud of the fact that she taught school for 40 years. Those years were spent almost entirely in the primary grades at Henderson School. She lovingly referred to her students as her "little people" and enjoyed her profession very much. Before retirement Tommye and Carl moved to the Helendale community of Silver Lakes where she was a proud resident for 30 years. Tommye was a very private yet proud person. She enjoyed many activities including playing bridge, bunco, golf, and going to dinner with her friends. She also enjoyed volunteer work at the Assistance League of Victor Valley and was a member of Eastern Star, the American Association of University Women and the local Retired Teachers Organization. Tommye is survived by her daughter, Carla, and her husband, Jim Klauer of Sammamish, WA; her son and his wife, Todd and Anke of Apple Valley; grandsons, Kevin (Leah), Sean (Ellie), and Ryan Klauer and Keaton Edwards; her brother, James "Bud" and sister Rebecca. She is further survived by many nephews, nieces, great-nephews, and great-nieces, and many friends. In addition to her parents, her husband Carl Lee Edwards and sister Dobie also preceded her in death.
VER MÁS VER MENOS