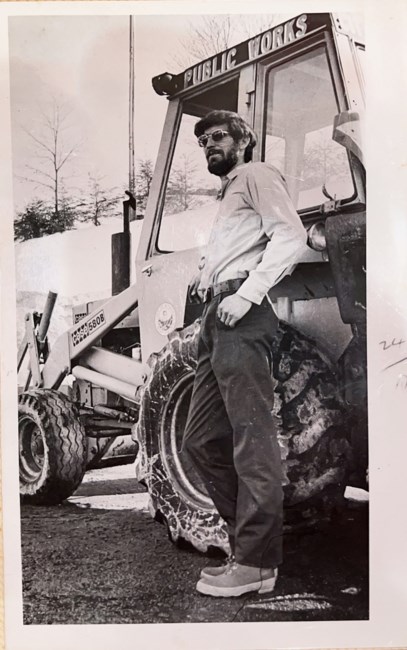 Richard Alan “Dick” Webb, 70, of Beckley, W.Va., passed away Friday, September 16, 2022, at Bowers Hospice House in Beckley following a long illness. Born May 28, 1952, in Beckley, W.Va., Dick was the youngest of the late Grover Sebirt Webb and Nina Blanch Bennett Webb’s four children. Dick loved going for rides with his family and friends, traveling when he was able and fishing and camping at the Greenbrier River when he was younger. He always enjoyed sharing a good cup of coffee with family and friends. After graduating from Woodrow Wilson High School in 1970, Dick worked as the manager of G.C Murphy’s in Mullens and as a coal miner. He was then drafted into the U.S. Army and served his country proudly. After he left the military, Dick worked for several years as a heavy equipment operator for the City of Beckley. In addition to his parents, he was preceded in death by a brother, Wayne Webb, and by his former wife, Debra Oakes Webb. Those left to cherish his memory include his loving daughters, Dr. Christina Webb Adkins and husband, David of Scott Depot, W.Va., and Nikki Lovell and companion, Ed Cornett of Beckley, W.Va., and two grandchildren, Olivia Adkins of Scott Depot, W.Va., and Chase Cornett of Beckley, W.Va. He also leaves behind a sister, Ann Graham and husband, Pete of Mabscott, W.Va., a brother, James Webb and wife, Linda of Oak Hill, W.Va., a sister-in-law, Frances Webb of Mabscott. W.Va., and several nieces, nephews, extended family and friends. During his final days, his 9-year-old granddaughter Olivia took pen to paper to remember her grandfather. “He was an amazing man,” she wrote. “He was kind, and he was sweet.” Dick was loved dearly and will be missed by all who knew him. While working for the City of Beckley, Dick was interviewed about his job for a feature in the Beckley Post-Herald. When the reporter asked him about his philosophy on life, his answer was simple. “I guess it would just be, ‘Enjoy yourself,’” he said. Graveside rites with military honors will take place Wednesday, September 21, 2022, at Blue Ridge Memorial Gardens, Beckley, W.Va., with Pastor Vernon Sears officiating. Online condolences and memories can be shared by visiting www.blueridgefuneralhome.com Blue Ridge Funeral Home, 5251 Robert C. Byrd Drive, Beckley is honored to be serving the family.
VER MÁS VER MENOS