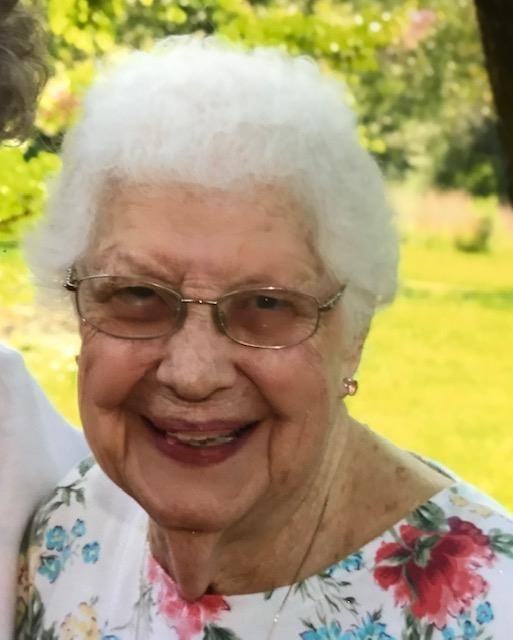 Jean Wilson Perney, age 93, of Bloomington died peacefully at home on Sunday (03/08/20). On June 4,1926, in Madison, Indiana, she was born to Dale and Lola (Phillips) Wilson. Jean married the love her life, Warren Perney, on June 13, 1948. She graduated cum laude from Hanover College in 1948 and received her M.S. in Christian Ministries from Butler University in 1967. She took graduate courses in social work and mental retardation at I.U.P.U.I. Jean’s life was dedicated to service. She served as Dir. Of Christian Ed. At FBC Bloomington (1948-1952) and Madison, Wisconsin (1958). During this time she was active with the Roger Williams Fellowship. From 1961-1968, Jean was Director of Community Outreach at Woodruff Place Baptist in Indianapolis. 1969 till retirement in 1992, she held various titles eventually serving as manager of community support services for the Marion County Association for Retarded Citizens. Community activities included organizing the Senior Citizens Club in 1961 and the Inter-group Friendship Women’s Club to promote interracial understanding in 1962. She taught a Seminar in Practical Christianity from 1970-1975, was a member of the Corrections Task Force with P.A.C. E. from 1975-1980, and a member of the state board of Indiana Association of Guardians. She was a founder of Habitat for Humanity in Indpls. She was a founder of Congregation of the Covenants and active in Church of the Savior (Indpls.), University Baptist, and First United (Bloomington). In retirement she published genealogy books. Jean is survived by her daughter, Patricia Diane “Patty” Perney and her son, David (wife-Beth) Perney, both of Bloomington; grandchildren: Dana (Doug) Thompson, Christi Perney, Nathan (Rachael) Perney and Ben Perney and great-grandchildren: Dylan, Olivia, Miles, Luc, Wes, and Carmina. Jean was preceded in death by her husband, parents and sister, June Strauss A Congregation of the Covenants House Church gathering will be on Sunday at 5:00 p.m. at the Day & Deremiah-Frye Funeral; 4150 E. Third St. A public graveside service will be on Monday at 2:30 pm at Oaklawn Memorial Gardens, Indianapolis. A memorial service is planned in June for all to attend. Memorial contributions may be given to Habitat for Humanity. Online condolences may be given at www.DayDeremiahFrye.com
VER MÁS VER MENOS