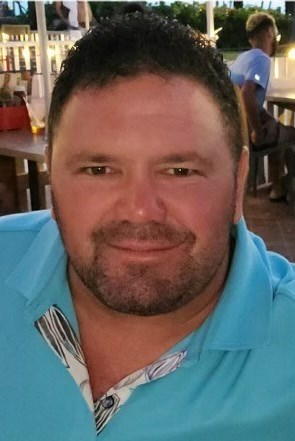 Anthony retired from the United States Army in 2002, he was awarded the following decorations, medals and badges: the Meritorious Service Medal, Army Commendation Medal, Army Achievement Medal, Army Good Conduct Medal, National Defense Service Medal, Southwest Asia Service Medal with three bronze service star (BSS), Kuwait Liberation Medal (Government of Kuwait), and the Kuwait Liberation Medal (Kingdom of Saudi Arabia). Anthony was also a champion wrestler, competing all over the world. He was a high school coach for a team in Karlsruhe, Germany, leading them to the top in may tournaments.

He married the love of his life, Lisa, on August 5, 1991 in Woodbridge, NJ. Anthony was a man of many talents. He was stationed overseas in Karlsruhe, Germany, attached to the 249th engineer battalion, where he volunterred to go to Desert Storm. He was then transferred stateside in Fort Rucker, Alabama. He went through school and performed several missions through Salvador and Panama. Anthony became a US Army recruiter where he was stationed in Athens, Georgia. Exceeding his missions, month after month, he earned several awards while on recruiting duty. Subsequently, Anthony got stationed at the Seebee Base in Gulfport, Mississippi where he taught all branches of the military construction curriculum as the Construction Supervising Instructor. At that point in time, Anthony medically retired in 2002 and always wanted to live the Florida dream. After retiring, he pursued a passion that he found love for during his time in the military, which was working on several projects with Habitat for Humanity. He was a part of many organizations and foundations that he whole-heartedly supported, including Christmas in April and many others.

Anthony "Big Poppi" always wanted to help everyone. He would do anything to help a friend. He loved being on the water, going fishing, jetskiing, catching a New York Yankee game and just spending time with family and friends. Nothing gave him more joy than seeing his Nino on the field playing college ball. Nino was his world. He was super proud of his family. We had many plans ahead of us. Our lives & hearts are empty without him here with us. We know he will be with us every second of every day. We now have a guardian angel to watch over us forever. I'll love you forever, my one true love.

Anthony was preceded in death by his father George Edward Einhorn.

He also leaves behind several nieces and nephews, as well as one grand-niece and one grand-nephew.

Fond memories and expressions of sympathy may be shared at www.ManasotaMemorial.com for the Einhorn family.