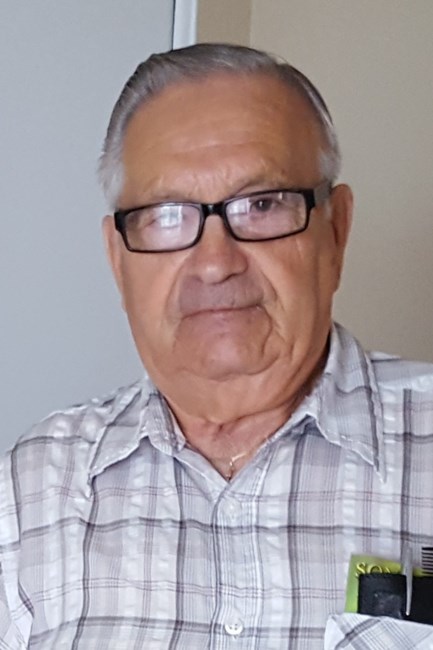 It is with great sadness that we announce the passing of Joseph Stanley Aubie of Campbellton on March 19th, 2020 at the Campbellton Regional Hospital. He was born on March 9th 1934 in Richardsville N.B. He was the son of the late Stanley Aubie and Delima (Essiambre) Aubie. Stanley worked at the Hotel Dieu hospital in Campbellton for several years before moving to Niagara Falls to be closer to his family. He worked at the Skylon Tower in Niagara Falls until his retirement. He moved back to Campbellton in 2013 where he lived until his passing. He is survived by his partner Imelda Doucet, her 5 children Murielle Furlotte, Claudette Clark, Carole Cross, Jeff Doucet and Rachel Doucet. Sisters Jeanette Deline, Rena Stewart and Mary Aubie all of Niagara Falls, Ontario. Many nieces and nephews. Besides his parents, he was predeceased by brothers Harry and Bob and sister Aline (Lee). Stanley enjoyed the many trips taken with his family and always enjoyed reminiscing about the adventures and good times they had. A memorial service will be held at Maher's Funeral Chapel, 64 Lansdowne St., Campbellton, Thursday September 16 at 2:00 pm. For those who wish, a donation may be made to the Heart and Stroke foundation. Funeral arrangements are in the care of Maher's Funeral Home, Campbellton. (506)789-1699 or toll free (855) 404-1699 email: maher.fh@nb.aibn.com
VER MÁS VER MENOS