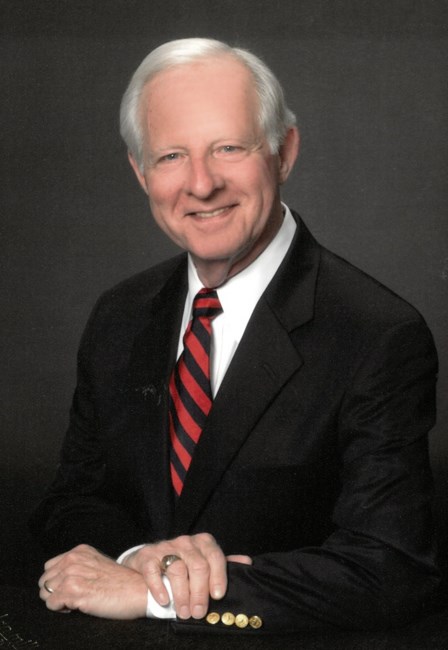 Thomas Edward Fuller, by his deep abiding faith, entered Heaven November 17, 2021. The son of George R. Fuller and Eloise Fuller Driggers, Tom was born in Columbia November 22, 1943. He was educated in the public schools of Columbia, and upon graduation he began the study of pharmacy at the University of South Carolina where he met his future wife, Mary Jo Floyd of Lake View.

The Fullers moved to Marion, South Carolina in 1973 where began a long career with Marion Memorial Hospital. He was the administrator of the hospital when it merged with Mullins Hospital to create the Marion County Medical Center. He was named the administrator of the new facility and remained there until he retired and went into business with his wife at the family drug store Professional Pharmacy. During his tenure at Marion Memorial Hospital and the Marion County Medical Center Tom did post graduate work at Duke University and served in leadership roles on many state and national medical associations.

Tom and his family were loyal members of Marion Baptist Church and worked tirelessly on many boards and committees. He was devoted to his community and served as Treasurer and Board Chairman of Marion County unit of the American Cancer Society. He was a member of the Marion Sertoma Club, the Marion Chamber of Commerce and the Mullins Playmakers. As a friend of the Marion County Museum, Tom and his wife were faithful supporters and worked hard on numerous galas and fundraisers. The Chamber of Commerce awarded its prestigious Community Service Award to Tom for his efforts to make Marion a better city in which to live.

Tom Fuller was the epitome of a southern gentleman who enjoyed life and looked for the good in his fellow man. He walked with his Savior every day, and he set examples for his children and grandchildren. He will be missed by those who knew and loved him.

Surviving Tom in addition to his wife of 52 years are a daughter Catherine Fuller of Daniel Island, a son James (Anna) of Columbia and a brother Jim (Janice) of Chester, and a special sister Martha (Danny) of Georgia. Surviving grandchildren are Marshall Fleming of Daniel Island, Gracie and Mary Elizabeth of Columbia.

Services for Thomas Edward Fuller will be Saturday, November 20, 2021 at Dunbar Funeral Home, Devine Street Chapel at 3:00 p.m. with the Reverend Wayne Roe officiating. Visitation will be one hour before the service at the funeral home. The committal will be in Elmwood Cemetery. Memorials may be made to Marion Baptist Church, 106 S. Main Street, Marion, SC 29571 or Columbia First Baptist Church, 1306 Hampton Street, Columbia, SC 29202.