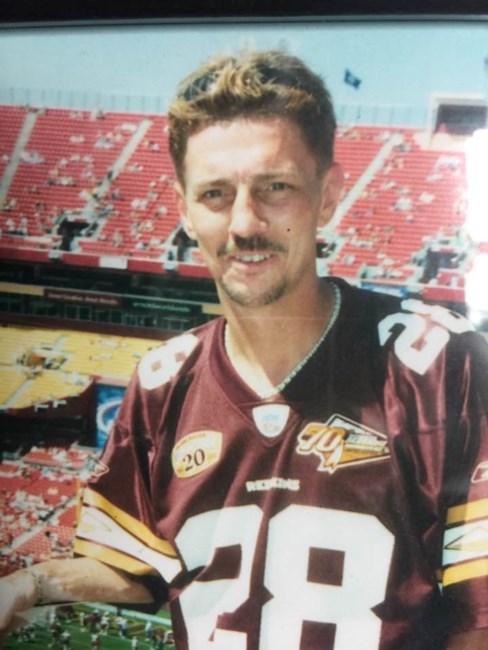 Gene was born July 17, 1964 in Manassas, Virginia; he loved spending time with his family, listening to music and just hanging out. Gene would light up a room when he talked about his special trips to Ocean City that he would take with his wife. He loved fishing, shooting pool, throwing darts and going to concerts. His absolute favorite thing was his Redskins team! Gene would get fired up about his Skins, and the fact that both of his boys are Cowboys fans made for some intense rivalries come Sunday afternoon.

In lieu of flowers please make donations to the continued recovery of Gene’s cousin, Tommy Trevino, which is set up in memory of Jeremy, and now also in memory of Gene.