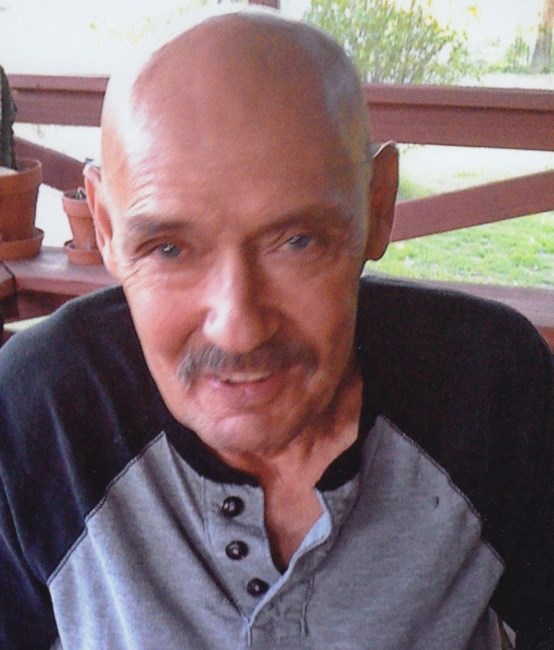 Thomas David Chapman Sr, 72, of Holts Summit, MO, passed away at home surrounded by loved ones on Thursday, October 10, 2019.

Visitation will be held at 1:00 pm on Saturday, November 2, 2019 at Debo Funeral Home in Holts Summit; services will follow at 2:00 pm at the funeral home, with his brother-in-law Charles Asher officiating.

Thomas was born on September 25, 1947 in Lynwood, CA the son of Thomas Henry Chapman and Mary Ellen (Boss) Chapman who preceded him in death. He was married on May 24, 1997 in Anutt, MO to Marianne Asher. Tom was well known and respected in the Columbia/Jefferson City HVAC community. He worked for several companies over the years; before his health declined, he worked for Senter’s Heating & Cooling in Centertown, MO.

Tom loved riding his Harley Davidson and going on road trips with Marianne to Branson and the Lake of the Ozarks. He enjoyed his life and had a quirky and unique sense of humor; his funny remarks and comebacks have made for some great family stories. He loved music, working out in his home gym, and playing with his dogs Sarah (deceased), and Tiger (of the home). Tom adored his wife and family, and was a passionate volunteer for his wife’s organization, Missouri Missing.

Tom is survived by his wife Marianne Asher-Chapman of the home; one son, Thomas Chapman Jr of Artesia, CA; one step-son, Robert Campbell of Columbia, MO; one brother, Kirk Jordan (Mary Kay) of California; two sisters, Mary Beats (Dave) of Idaho and Debbie Pittser of Georgia, five grandchildren, Israel Valencia, Danny Valencia Jr, Clarissa Valencia, Samantha Ramsey (Trevor), Elsie Campbell, along with several other sisters- and brothers-in-law, and various nieces and nephews. He was preceded in death by his son, Danny Valencia and step-daughter, Angie Yarnell.

Online condolences may be made at www.debofuneralhome.com.