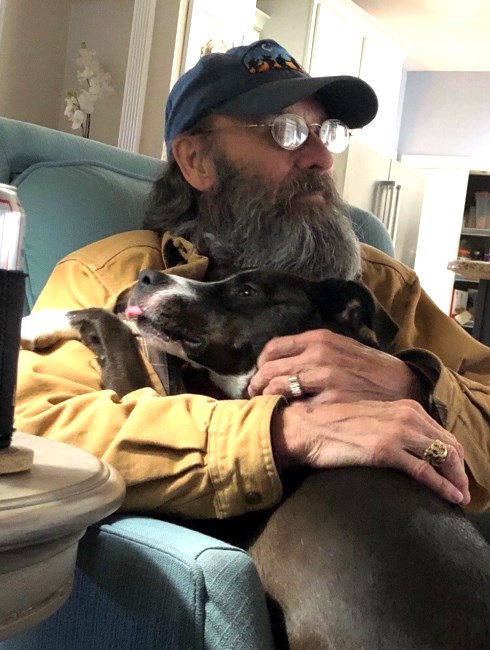 From the moment of his birth and throughout his childhood, his parents always said Keith was never still, and his siblings have many stories. Keith Back, later known as KB, loved playing sports growing up, and as an adult he couldn’t get enough and watched or attended every event he could. In high school he loved running track and pole-vaulting - always the unusual. He was also involved in Campus Crusade for Christ, and it made a lasting impact on him - sharing the love of Jesus for the rest of his life and in some of his last words. He knew and understood struggles and tried to be a friend to those who were hurting. There has not been a more kind, giving, fun loving, quirky person born than Keith. He loved people and gave everybody the benefit of the doubt - always seeing the best in them. He made a point to reach out to kids and people he met who seemed to just need that something-he tried to fill the gap. Keith worked in his Dad’s Pepsi Cola Bottling Plant becoming the plant manager after his Dad’s passing in 1998. He was working in that position when the plant closed in 2007. He had other jobs through the years but none that meant as much or were as important to him as being at the plant. The guys he worked with and “Pepsi Kim,” were like family. Keith was so funny and loved to laugh. He managed to be happy and content no matter what life threw his way. The friends he made were lifelong friends who were part of his family - and he surrounded himself with them making music on his harmonica, riding his Harley, scuba diving in Mexico, going out to eat, and talking about politics. He loved all dogs - and rescued his share and then some over the years. He was famous for getting others to take one if he couldn’t. His greatest loves were his dogs, his friends, riding his Harley, and diving in Mexico, but most of all he loved his precious daughter, Ashley, the light of his life, and his darling granddaughters. Left to remember him and cherish the times they had with him are his daughter, Ashley Moore (Chandler); granddaughters, Mary Ella, Isabella, Sugar, and Callie Jo Moore; former wife, Cathy Back; sister, Shenley Inglis (Gene) and brother, Kent Back (Kim); nieces, Gena Nix (Jonathan), Allison Brown (Tab), Kirkland Back (Morgan Cunningham); nephews, Tony Inglis (Lauren), Allen Back (Celeste); a host of great nieces, great nephews, cousins; and last but not least are his beloved dogs, Sadie and Abbey. Special thanks to Amedisys Hospice nurses, Sommer and Megan, for their compassion and help. A Mexican themed celebration of life will be held in Keith’s honor remembering his life and times on Saturday, June 4th, 2022 at Brunson Farms from 6:00 p.m. until. An open invitation to all who want to join us as we remember KB. He was with us from February 4, 1954 – May 10, 2022. It will never be long enough.
VER MÁS VER MENOS