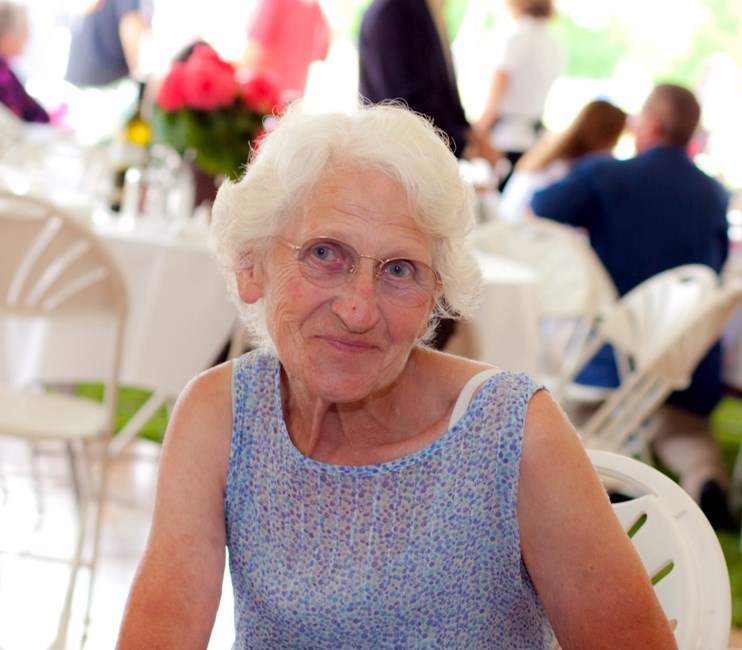 On Tuesday September 20, 2022, Donna Fay Shear, a beloved wife, mother, grandmother, and great grandmother, passed away. She was 87 years old. She is survived in death by her children Thomas Shear, Dean Shear, Ronald Shear and Rebecca Shear; her siblings Betty Everetts, Katy Totten, Helen Allison, William Rousseau, Arlene Haberly, Danial Rousseau, Martha Howard, and Melody Cox; her 11 grandchildren and 19 great grandchildren. She is preceded in death by her husband Dennis M Shear; her son Dennis M Shear JR; her parents Robert and Katherine Rousseau; and siblings Robert Rousseau, Ruth Jones, John Rousseau, Blanche Rousseau, and Art Rousseau. Donna married Dennis and together they lovingly raised their 5 children, and 1 grandson in Kent, Washington. Donna worked cleaning houses and raising their children. She was an avid gardener. Upon retirement they moved to Electric City, Washington where Donna continued to raise her family, clean houses part time, and garden. Thrifting was another hobby of Donna’s. She loved when family came to visit and would often host her grandchildren for weeks at a time during the summer. Donna’s tenacity and energy was admirable to all. She was always on the move. She was a caretaker at heart always wanting to help a person in need. She also enjoyed volunteering her time at the American Legion. A graveside service will be held on Saturday, October 8th, at 11am at the Spring Canyon Cemetery in Grand Coulee, Washington. Immediately following will be a celebration of life at the American Legion Hall in Electric City, WA. There will be a potluck lunch served, please bring a side dish to share if you are able. In lieu of flowers, the family requests donations be made to the American Legion Hall of Electric City, Washington. Fond memories and expressions of sympathy may be shared at www.stratefuneral.com for the Shear family.
VER MÁS VER MENOS