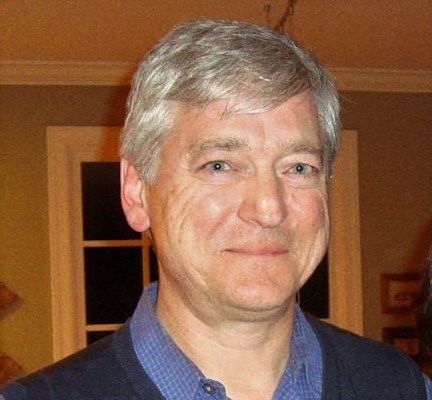 Gavin Townsend, of Hixson, Tennessee, a Professor of Art History at University of Tennessee, Chattanooga, died on June 3rd, 2018, at the age of 61. The cause of death was pancreatic cancer. Gavin Townsend was born on June 16th, 1956 in Santa Monica, CA, son of Richard and Ruth Townsend. The family moved to Mount Kisco, New York, when Gavin was 3 years old. Gavin attended Hamilton College, Clinton, New York. Upon receiving his his bachelor’s degree in Art History and European History in 1978, he began his graduate education at the University of Santa Barbara where he received his Master’s in Art History in 1981 and his PhD in Art History in 1986. Townsend was a professor of art history at the University of Tennessee at Chattanooga (UTC) from 1986 until his death. During his tenure at UTC, he served as Faculty Senate President (2006-2008), Faculty Senate Representative (2012-2018), Director and Assistant Director of the UTC Honors Program (1992-2003), and Gallery Coordinator for the George Ayers Cress Gallery of Art (1987-1992). He was a devoted member of the Southeast Chapter of the Society of Architectural Historians (“SESAH”) for which served as Treasurer (2013-2018). In past years, Townsend was also active with the Chattanooga historic preservation organization Cornerstones (1998-2003) and the Historic Zoning Commission. Townsend’s research interests were focused on American architecture in the south. Dr. Townsend is survived by his wife, Bonnie Bickford Townsend, his son, Evan Townsend, his brother, Bryan Townsend (58), and his mother, Ruth Townsend Story. A memorial service is planned for June 16th at 3pm at Patton Chapel on the University of Tennessee Chattanooga. Arrangements are held by the North Chapel of Chattanooga Funeral Home, Crematory and Florist, 5401 Highway 153, Hixson, TN 37343.
VER MÁS VER MENOS