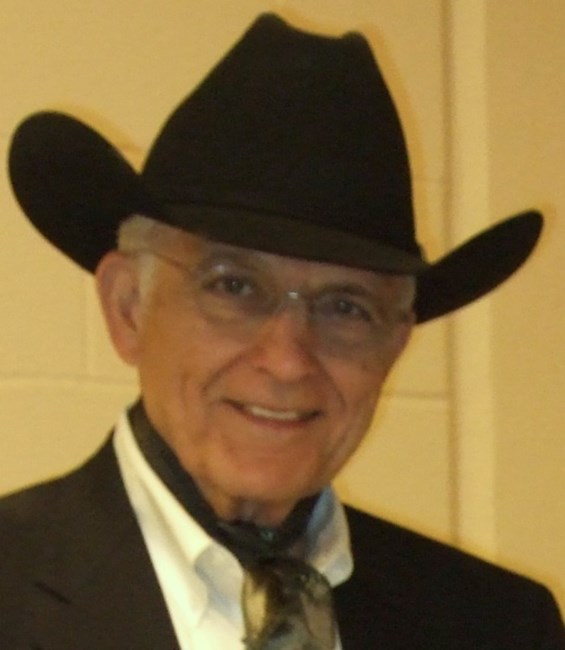 Perry Michael Wells was called home to the Lord Sunday, July 19th of 2020 at the age of 84. Mike was born in Houston on October 4th, 1935 to Virginia Wiseman and William Perry Wells, Jr. and raised in Houston where he attended San Jacinto High School. Wells was a fourth-generation Texan, whose great-great-great-grandfather, James Wells, came to Texas to fight with Davy Crockett and later joined Sam Houston’s army. Mike’s athletic ability afforded him the opportunity to take his talents to The University of Texas on a football scholarship, eventually playing under the tutelage of Coach then friend, Darrell K. Royal, who awarded him the D.X. Bible award in 1958. Upon graduating in 1959 with a bachelor’s degree in finance and accounting, Mike returned to Houston and began his banking career with Continental Bank, later known as Allied bank then First Interstate Bank. Additional positions took Mike to Rosenberg Bank & Trust, Med Center Bank, Texas Guaranty Bank, Houston Commerce Bank and Sterling Bank. In addition, he maintained various positions on the development board of the UT Health Science Center at Houston, trustee of KHCB Radio, board of Houston Hospice, Brookwood Community and trustee of the George Foundation. In 1965 Mike’s relationship, with what’s now the Houston Livestock Show and Rodeo, began as a participant of the Houston Horse Show. At the suggestion of his friend, Louis M. Pearce, Jr., he joined a committee and from there his volunteer service to the organization would take him to the Quarter Horse, Cutting Horse and Palomino committees, where he would eventually serve as Chairman of each. He was instrumental in forming the Horspitality Committee and served as their 1st Chairman, also the formation of the Rodeo Institute for Teacher Excellence and served as its 1st President. He was also very active on the Corporate Contributors, Membership and Steer Auction committees and eventually elected to the Board of Directors in 1971. From there Mike would be elected to numerous other positions before his role on the Executive Committee, the show’s 1st Vice President and eventual President of the Rodeo in 1999, then becoming the Show’s 1st full-time President in 2001. Mikes passion for horses was shared with his wife of 42 years, Marilyn. Whether at their ranch (Oak Hill) in Fulshear or at numerous horse shows, Mike and Marilyn could be found sharing their love for cutting horses and showing on any given weekend. Mike’s hobby turned into a talent and he was honored by finishing in the top 10 at the NCHA World Cutting Horse Finals more than once and would eventually be nominated and selected to the NCHA Member Hall of Fame. He took a hiatus from banking in 1983 to become the CEO of Super Syndicate, LTD, a syndication of Quarter horse stallions. This underwrote the largest cutting horse purse in the sport’s history. As his competing slowed down and he wasn’t traveling to horse shows or working with them, he could be found supporting and watching his beloved Texas Longhorns. No doubt his Christian values, strong work ethic and role in the community earned him the cherished award from his peers of Houston Texas Exes and was awarded Outstanding Houston Texas Ex in 2002. His love for the Lord was apparent to all who knew him. He quietly led many people to accept Christ as their Savior. He is preceded in death by his parents William P. Wells and Virginia Wiseman. He is survived by his wife Marilyn and their 5 children: Mike Wells Jr. and wife Karan, David Wells and Dana Grimes, Tommy Wells and wife Jill, Michael Sinclair and wife Beth, Michelle Pujats and husband Ken. He has 15 surviving grandchildren and 5 great-grandchildren. His earthly presence will be dearly missed by his family and his many friends. A private memorial service will be held July 29th at 11:00 am. Due to Covid-19 social distancing seating is limited but the service will be live streamed at https://www.westhoustonbiblechurch.org/whbcmedia There will be an open burial at Forest Park Lawndale Cemetery at 2:00 pm. A virtual guestbook can be signed at https://www.dignitymemorial.com/obituaries/houston-tx/perry-wells-9268272. In lieu of customary remembrances, the family requests contributions in his name be directed to HLSR, KHCB FM 105.7 radio or the charity of your choice.
VER MÁS VER MENOS