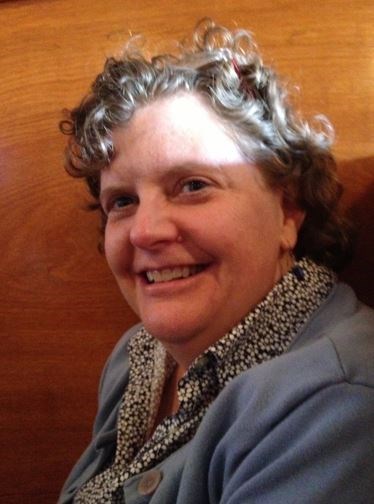 Susan Hawkins Johnston, 61, passed away peacefully at home in Indianapolis on July 27, 2022. Born November 22, 1960 in Chattanooga, Tennessee to Charles and Jane (nee Walker) Hawkins, she was a sweet loving wife and mother, a scholar with a keen intellect who loved to read, write, travel, teach, sing, and be with friends. One of her greatest joys was sharing her love of learning with everyone she met. A 1978 graduate of Girls Preparatory School in Chattanooga, she earned a B.A. in history from Wake Forest University in 1982, and then in 1988 both an M.Ed. and M.A. in classics, studying under John F. Miller at the University of Virginia. Throughout her education at U. Va., she supported her husband William (Bill) Johnston while he studied mathematics. They joined St. Paul’s Memorial Episcopal Church in Charlottesville. They celebrated their 40th wedding anniversary on July 24, 2022. In 1988, they moved to Danville, KY and both worked, across the next 19 years, at Centre College. Susan was the assistant director of admission, part of a wonderful team of strategic workers and supportive colleagues. Her work, often focusing on writing and revising communications out to prospective students and their families, helped to increase significantly the college’s number of applications, quality of students, and enrollment. It was an example of the way in which Susan’s writing talents made a difference for good in the lives of many people. In Danville, they were members of Trinity Episcopal Church, where Susan served on the church vestry governing body and where Bill joined her in singing in the church choir. Her daughter Kathryn (Katie) J. Johnston, one of the greatest joys of her life, was born in 1992. Susan became, in the words of Katie, “an amazing mom.” Among many other delightful activities, they loved to read to each other, to watch classic movies, to go to the coffee shop, to snack on chocolates, to take good care of pets and animals, and to talk and share ideas and concerns. They also loved to travel, sharing trips with Bill to Italy, Greece, Israel, St. Thomas, Great Britain, and Ireland, especially while Katie was young. In 2007, Susan, Bill, and Katie moved to Mechanicsville, Virginia, where they joined St. James the Less Episcopal Church and where Susan and Bill continued singing in the church choir. Susan began working at Royall & Company, a private firm hired by many different higher education institutions, in order to take over the writing and sending of all communications from each institution’s admission office, often revising significantly all marketing material and personal letters and email. Each institution to which Susan was assigned (typically as part of a team of four Royall employees) saw remarkably positive increases in applications and enrollment. Again, Susan’s writing talents made a difference for good in the lives of many people. In 2011 they moved again, this time to Indianapolis, and joined St. Paul’s Episcopal Church, with Susan and Bill again singing in the choir, and with her teaching as an adjunct at Butler University. In early 2008 she was diagnosed (incorrectly) with Parkinson’s, and then in early 2012 (correctly) with Multiple Systems Atrophy (MSA). Her resolve to keep calm and carry on in the face of this difficult condition strengthened her as the chronic illness advanced. Never complaining, with continued sharp intellect and sweet personality, her fortitude and Christian joyfulness from “faith, hope and love” made her a role model for any of us suffering from any illness, even after the condition worsened to the point of not allowing her to participate in many of the activities she loved. For example, she continued to teach and write right up to the moment that MSA took away her ability to work. Her caregiver Merridith Maxey beautifully helped her manage her condition with love and grace throughout the last year. Friends and family were Susan’s most important values, and feelings of care and love that she gave were always reciprocated. One friend recently commented, “Everyone who ever met Susan felt as though she was her friend.” She is survived by her husband William, daughter Kathryn, and brother John Hawkins and his family. Funeral services are at St. Paul’s Episcopal Church on Saturday, August 6, at 11 am. A reception follows at the church. Donations are welcome in her honor to St. Paul’s Episcopal Church, and may be processed at www.stpaulsindy.org
VER MÁS VER MENOS