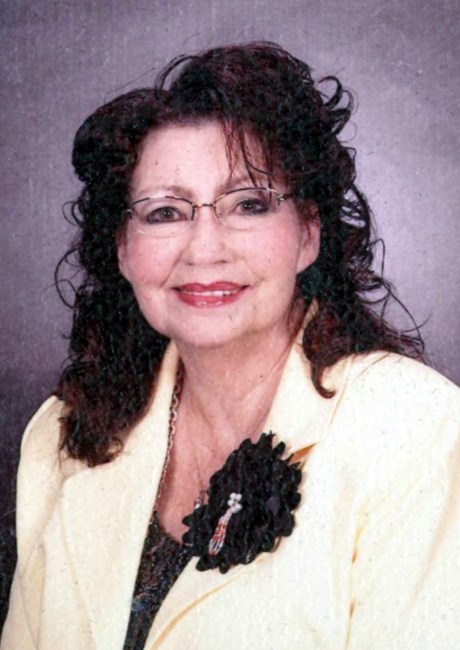 Funeral services for Carolynn Marie Champlin 77 of Killeen will be on Tuesday, August 9, 2022, at First Baptist Church off Trimmier in Killeen. Burial will follow at Live Oak Cemetery in Youngsport, Texas. Carolynn was born in Clovis, New Mexico to Bill and Marie Mangerich on November 20, 1944. She passed away on Tuesday, July 26, 2022, at Baylor Scott and White Hospital in Temple, Texas. When Carolynn was only 5-6 years old, her mother Marie died, Bill Mangerich was remarried to Nellie Fay Collins. Carolynn went to schools in Killeen and graduated from Killeen High School in 1963. Soon after within the same year she met, the love of her life, and married Eugene Champlin. They lived locally in Harker Heights, Texas and eventually moved to a ranch south of San Antonio in which Eugene pursued a ranching job. Within a few years the couple had moved back to the Killeen area. Carolynn would work for the Killeen School District for a few years as an aide and a librarian. She would eventually find her path and settle into a twenty plus year career at First National Bank of Killeen. After retirement Carolynn enjoyed such things as travelling, crafting, painting and many other things to keep busy. She had a fond love for animals especially cats and dogs. Carolynn was a member of First Baptist Church of Trimmier, in Killeen. Carolynn was preceded in death by her parents Bill and Nell Mangerich. Survivors are her husband Eugene Champlin, two sons Terry Wayne (Tammy) Champlin and Billy Gene (Teri) Champlin. Also survived by her six grand kids, Bailey, Paige, Aiden, Cayce, Cody and Clayton Champlin. She had many extended family and friends. The family will receive family and friends on Monday, August 8, 2022 from 6-8 PM at Crawford-Bowers Funeral Home in Killeen. The funeral will be held at First Baptist Church of Trimmier in Killeen, Texas, on Tuesday August 9, at 9:00 am. The family would like to extend gratitude to the medical staff, physicians and caregivers who took care of Carolynn. The family request that memorials be made to First Baptist Church Trimmier in Carolynn’s memory. Arrangements are entrusted to Crawford-Bowers Funeral Home of Killeen. Fond memories and expressions of sympathy may be shared at www.crawfordbowersfuneralhome.com for the Champlin family.
VER MÁS VER MENOS