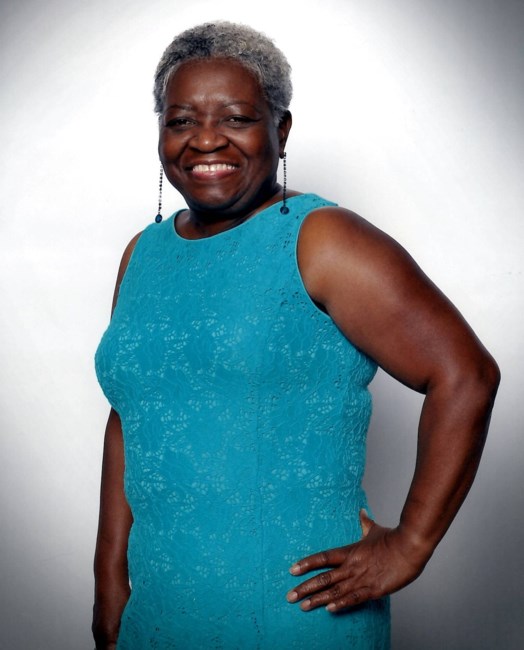 Johnette Hodge was born on Sept. 8, 1949 to Leroy Hodge, Sr. and Jessie Mae Swinson Hodge in Oak Ridge, Louisiana. On Sept. 10, 2020, two days after her 71st birthday, she peacefully transitioned and is now reaping the reward for a life well lived. The second oldest of three children – Leroy “Buddy” Hodge and Daphne Hodge – Johnette was the designated leader of the Hodge siblings. From her early years to her final days, she displayed leadership, compassion and generosity that became the hallmarks of her life. After graduating from Morehouse High School, Johnette attended Grambling State University, earning a degree in 1972. Months after graduating from her beloved alma mater, she joined her older brother in Las Vegas and began a long career with the State of Nevada. Over 34 years with the State of Nevada Division of Welfare and Supportive Services, Johnette earned a tremendous respect from her colleagues and superiors as well as from the public. As evidence, friendships begun during her career lasted well into her retirement. A devout Christian, Johnette had a servant’s heart – always extending a helping hand to family and friends in need – lending money, giving advice and buying clothes. Lots and lots of clothes. Next to shopping, her favorite indulgences included traveling (cruises to Haiti, Cuba, Alaska, etc.), dining out, walking with her fitness crew and doting on her grandchildren. Johnette was preceded in death by her parents, Leroy Hodge Sr., and Jessie Mae Hodge and her sister, Daphne Hodge. She is survived by her brother, Leroy Hodge Jr. (Iberia), her two children – Damon (Eboni) and Darnina Hodge – two grandchildren – Jahi and Zahra Hodge; all of Las Vegas – along with a host of aunts, uncles, cousins and a large contingent of loving friends.
VER MÁS VER MENOS