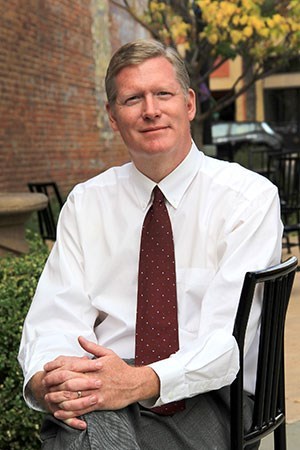 Anton V. Dworak, devoted husband and father, has died at age 54. Anton was born in 1967 in Longmont, Colorado to Nancy and Alfred Dworak. He was a shareholder at Lyons Gaddis Attorneys & Counselors, where his practice focused on business, real estate, estate planning, probate, and tax law. He enjoyed the variety his practice afforded him, and took pride in working with many different clients, from large companies to small businesses, individuals, non-profits, and government entities. Anton’s professional work extended far beyond the firm. He was a Past President of the Boulder County Bar Association and a Past Vice President of the Colorado Bar Association, and a member of the tax, business, and estate planning sections of each association. As a fourth generation Longmont resident, Anton was committed to the community. His involvement included: Longmont United Hospital Board of Directors (Chairman of the Board 2020-2022), Special Transit Board of Directors, Longmont Area Chamber of Commerce Board of Directors, Longmont Housing Development Corporation, Tiny Tim Center (Past President), Twin Peaks Rotary Club (Past President), the Left Hand Brewing Company Board of Directors, and was a Lifetime Member of the Board of Directors of the Longmont Cemetery Association. He was also a Brother of the Third Degree within the Independent Order of Odd Fellows. Anton, known as Tony to his family and school friends, graduated in 1986 from Longmont High School. Tony attended Emory University, where he was a well known RA and well loved brother and President of Kappa Alpha Fraternity. Graduating from Emory in 1990, he received a B.A. degree in Economics. In 1993 he received his J.D. from the University of Denver College of Law, and in 1999 he earned his LLM, Master of Laws in Taxation. And yet Anton’s most important time was spent with his beloved wife, Jeanne, and their children Naomi, Alfred and Lela. The Dworaks hosted many exchange students over the years, many of whom considered them to be their “American parents.” Anton loved traveling with his family, seeing old friends and making new ones. And as all Dworaks love dogs, he had two, Shaggi and Jovie, and frequently played uncle to his brother’s and daughter’s dogs. The Dworak family's previous dogs, Baxter and Podo, have crossed the Rainbow Bridge into Doghalla. Anton is survived by his wife, Jeanne Dworak; three children, Naomi Cross (Dustin Cross), Alfred Dworak and Lela Dworak; and brother Karl Dworak. A Celebration of Life will be held on Sunday, August 14, 2022 at 1:00 pm at Left Hand Brewery Beer Garden. Memorial contributions are requested to Longmont United Hospital Foundation or the National Prion Disease Pathology Surveillance Center, Case Western Reserve University, 2085 Adelbert Road, Room 419, Cleveland, OH. 44106-4907 (checks made payable to NPDPSC) Cremation has been held.
VER MÁS VER MENOS