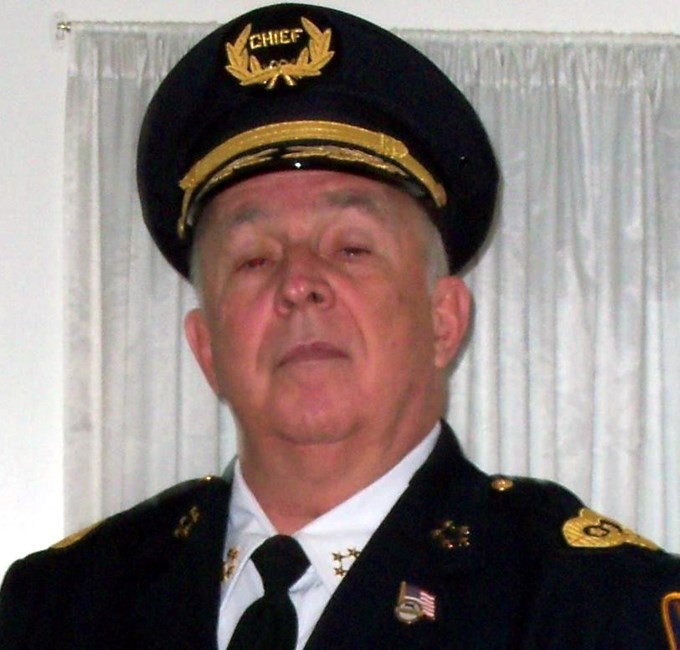 William F. Waters, retired Chief of Nahant Police Department passed away at home surrounded by his loving family on Sunday, September 25, 2022, after a lengthy illness. Chief Waters joined the Department in 1972 rising through the ranks. Chief Waters leaves his wife Deborah, three sons, Michael D. and his wife, Jenn of Salem, William A. and his wife, Roe of Swampscott and Edward R. and his wife, Susan of Marblehead and 7 grandchildren, Nicole, Caitlin and Brendan of Salem, Megan of Marblehead and Jordan, Brooke, Drew of Swampscott . Teresa Simpson of Lynn and Kayleigh Woodbury of Somerville, granddaughter of his wife. He also leaves his dear cousin Theresa Lane and her husband Paul of Milton. He was a fifth generation Nahant resident. He was the son of the late Ernest B. Waters and Margaret M. (Tattersall) Waters and grandson of long-time former Nahant Town Clerk, William F. Waters. He was also the cousin and god-son of the late Retired Nahant Chief Of Police, Michael H. Healy. He was the former husband of the late, Margaret M. (Coles) Waters. He was a member of the International Association of Chiefs of Police, Massachusetts Chiefs of Police Association, Essex County Police Chiefs Association, FBI/LEEDA Law Enforcement Executive Development Association, International Narcotic Enforcement Officers Association, Fraternal Order of Police, and the International Association of Marine Investigators. He also was a Life Member of the Maine Sportsmans Alliance, a member of the U.S.S. Arizona Memorial Association, Pearl Harbor, HI. He was an associate member of the Society of the Honor Guard, Tomb of the Unknown Soldier. He also served the Town on the DPW, Call Fire Department., Permanent Firefighter, Civil Defense Director, Elected Constable, and was the first Director Of Ocean Rescue, and Harbormaster. He enjoyed spending time hunting, fishing, and boating from his place on Webber Pond in Vassalboro, ME. He was an avid sailing and aviation enthusiast. He was very proud of his children and grandchildren. Chief Waters was widely credited with rebuilding the Nahant Police Department and bringing it into modern times. Under his tenure the department aggressively pursued and received hundreds of thousands in Federal and State grants which allowed complete modernization and rebuilding of the department. Friends and family are invited to attend Chief Waters’s visitation on Saturday, October 1, 2022 from 9:00 to 10:00 AM at St. Thomas Aquinas Church, 248 Nahant Road, Nahant. A Mass of Christian Burial will follow at 10:00 AM. Burial will be in Greenlawn Cemetery, Nahant.
VER MÁS VER MENOS